Mr.Rabi lall Gurung , aged 94 is no more ,he breath his last breathe yesterday night in his own native place at Polok, Borong busty few km from Ravong town Sikkim.

About Mr.Rabi lall Gurung
He fought 2nd world war as a British Gorkha army , 3rd Gorkha regiment with Germany and other allied Nation, after winning the 2nd world war in 1945 he took VRS from the service. Then he came back to his own native place to help and to uplift the society. Later he worked as a panchayat President, he did lots of work to uplift his village like he established committee school, night school and many more at the time.

He was very keen to work for the society as well as to share his experience like life in army and to give valuable suggestion what he gain from other countries. 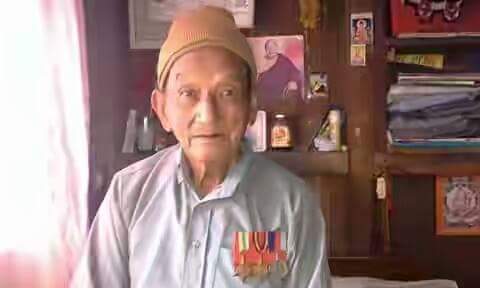