AMGSU condemn the attack on Gorkhas in Manipur

Imphal: The All Manipur Gorkha Students’ Union (AMGSU) has strongly condemned the arrogant and high- handedness attitude of 4 four persons of Naga Tapon Village of IT Road Irang Part II Senapati for disrupting the observation of Saraswati Pooja and Quiz Competition  on February 13 at Irang Part II Govt High School, Panikheti where girl students and teaching staff were assulted.

According to a release, the offenders also brutally thrashed the innocent Panikheti village authority member Nar Bahadur Adhikari and his wife Kamala Adhikari. They have been admitted in Mission Hospital, Kangpokpi in serious conditions.

While condemning the inhuman act, AMGSU appeal all the students’ body to look into the matter as this is really a matter of concern for the students’ body and further urged the authority concerned to provide befitting punishment to those involved in the crime at the earliest. 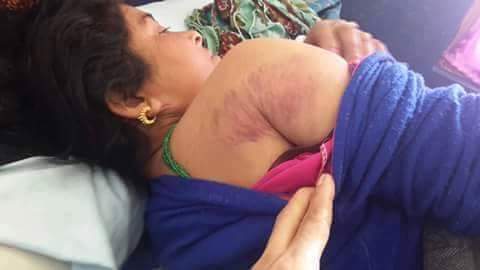