We too have our stories to tell, like every society has its own.

These stories stand tall, deeply rooted with the hills and valleys, joys and sorrows, soils and flowers as a foundation to the way of life for generations to come. Realising the fact that our stories are not documented enough, through popular and efficient medium and feeling that the responsibility now rests over the shoulders of this generation, the youths from Mirik, Kurseong and Darjeeling are coming up with a feature film 'Hawaghar'.

The film has its plot in a typical village of Darjeeling while the time period goes back to 1980s, when the hill was burning with Gorkhaland Andolan. The sole intention is to recreate, reflect and dramatically document the social, cultural, and economic impact of the revolution among the Gorkha lives and livelihood. 'Hawaghar' is not aligned politcally or ideologically towards any group or party that existed during that time, not out of fear or indifference but realising the need for neutrality to tell the story as accurately as possible. Rather, the viewers can expect a raw and rooted love story at its core, that had no time for love, due to chaos and struggle. 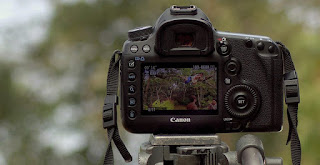 The film is directed by Kushal Ghimiray, who has already acted in a feature film 'Dhurva Taara' which was released last year. He is a lecturer in Southfield College, Darjeeling and has left his mark as a Nepali writer and dramatist with numerous works at his credit.

Hawaghar is co-directed and editing and cinmatography as well is done by Pallawib Rai. He has already worked as cinematographer, editor and associate director for music albums of 2015 Grammy Award winners Ricky Kej and Wouter Kellerman one of which was recently launched at United Nations COP21 (Paris) by Prime Minister of India Narendra Modi and President of France François Hollande. He was previously working for startups Housing.com and Cavas.in in Mumbai and this is his third feature film as a part of cinematography team.

The lead role of the film is played by Kushal Ghimiray himself and Mansha Gurung, who have already rocked the screens as a lead couple around the hills with their film 'Dhurva Taara'. The other roles are being played by Dalleybhai Lepcha, Nasir Gurung, Bhawesh Lama, Naumta Pradhan, Hanak Thapa, Pushkar Singer, Sahil Lepcha, Pradeep Subba and Subeksha Rasaili some of whom have already acted in stage plays while some are freshers.

The story, screenplay and dialoue of film is created by Kushal Ghimiray and Pallawib Rai. Towards the technical side, the role of Chief Assistant Director is carried out by Utsav Pradhan while the cinematography team has extremely talented Abimanu Chettri and Benjamin Rai as associate Cinematographers with their rich experience of working for various production companies in Mumbai.

Fingers crossed!!! Hope they will be able to tell us our story.