The Gorkha community in Uttarakhand constitutes 12-15  lakhs of the population. In the year 2015, the community came together for the first time to celebrate 200 years of Gorkhas in India from where began their legacy of bravery and debt to the salt. The two hundred year celebrations (Gorkha Dwi Shatabdi Mahotsav) which was aimed to bring unity and a resurgence of Gorkha history and culture to the fore, was a huge success. It was also the only kind of such a celebration conducted by the Gorkha community themselves anywhere in the world. Organised over four days, the events saw more than 10-12,000 people everyday, brought to one platform Uttarakhand’s Governor, the Chief Minister, as well as the Chief Minister of Sikkim.

The biggest gains of all from the Mahotsav was to showcase the enormous untapped talent of young Gorkhas who were singers, musicians, poets, historians and commentators. After the Dwi Shatabdi Mahotsav, the Government of Uttarakhand set up the Gorkha Kalyan Parishad for the Gorkhas and appointed Lt. Gen Shakti Gurung, PVSM, UYSM, AVSM, VSM, as its Chairman with a Cabinet rank. It was the first acknowlegment by the government of the aspirations of the community which had for long felt marginalised in every way.

The dual success of the Mahotsav and the setting up of the Gorkha Kalyan Parishad  gave rise to the felt need to take forward the gains of the Mahotsav and resurgence of pride of being a Gorkha through a radio programme. The aim was to continue to inform, educate and entertain the community to know their culture, history, folklore and songs. Elsewhere across India and the world a more dominant culture was slowly overpowering Gorkha culture and language, and it was felt that through a radio station the young as well as the community at large could connect with their culture, ways and history. 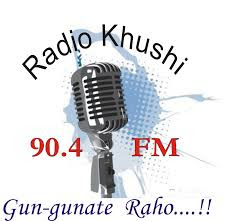 This is how community radios across the world have become the mouth piece of the community as well as the repository of their culture. It is known that the Government of India through its I&B Ministry, will allow the setting up of 400 community radios all over India. Currently there are only 160 community radios which are running very successfully. The aim of the Gorkha Kalyan Parishad is to ultimately have a Gorkha community radio station which will broadcast all programmes in Nepali, the language of the Gorkhas.

While having a community radio is a long term goal for which the community intends to raise money over a period of time, The Gorkha Kalyan Parishad has already set up a recording studio and tied up with Radio Khushi, a community radio, to broadcast our programmes. Radio Khushi broadcasts from Mussoorie and has a wide reach, covering the whole of Dehradun, Rishikesh, Mussoorie, Haridwar, parts of Saharanpur, Rorkee, Ponta Sahib, Narendernagar, parts of Tehri, Pauri and Bijnor.

Our Nepali radio Programme is called “Gham Chhaya” which means “Sun and Shade.” Already the promos are running every hour on Radio Khushi. The initial tie up is to broadcast an hour long programme two days of week – Sunday from 6-7 PM and Wednesday 9-10 AM.  Both these are prime time slots. The first programme gets aired on Sunday, 3rd April, 2016. Over a period of time we intend taking up more airtime so as to broadcast more days in a week.