Home > West Bengal > Rai Development Board has started its operation

Rai Development Board has started its operation

The West Bengal Rai Development Board has started its operation with  30 general body members owing allegiance to the Kirati Khambu Rai Sanskritik Sansthan, although the objection raised by the Khambu Rights Movement was yet to be addressed.
M.S. Rai, the chairman of the Rai board, said the first governing body meeting of the board had been held in Darjeeling on Saturday. "The board belongs to all Khambus living in Bengal. It will work for their development. Today, we distributed Rs 1 lakh each to 20 poor Rai families from the hills. This is the first instalment of Rs 2 lakh we intend to give to each of these families for constructing houses," he said in Darjeeling.
The KRM has expressed unhappiness at the board's functioning without taking it into confidence. "We were told by both the Darjeeling district magistrate and S.K. Thade (principal secretary, backward classes welfare department) that even though the notification constituting the general body had been issued on February 12, it would not be acted upon till the differences between us and KKRSS were resolved. This is totally unexpected. We will decide on our next course of action later," said A.K. Rai, the KRM president.
The KRM had staged a hunger strike from February 17 to 24, demanding that its supporters be made the board members.
The 31-member general body has just one supporter of the KRM.
Observers say that the notification could be potentially backdated to skirt around the PIL and upcoming elections code of conduct. 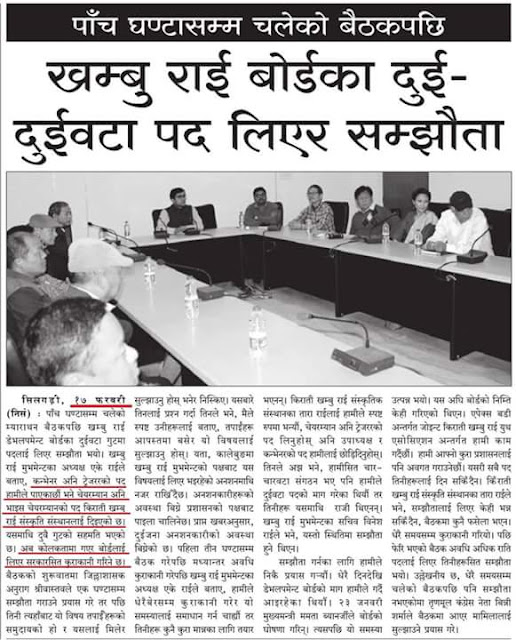