Political debate in the Queen of the Hills this election season continues to revolve around ethnic issues.

The Gorkha Janmukti Morcha (GJM), a BJP ally piggybacking on the demand for a separate Gorkhaland state, has significant sway in north Bengal’s Darjeeling Hills, which include Darjeeling, Kurseong and Kalimpong constituencies.
The demand for Gorkhaland gained prominence in 1986 when Subash Ghising and the Gorkha National Liberation Front (GNLF) spearheaded a 28-month violent agitation that left 1,200 people dead. Bimal Gurung, a dissident GNLF leader, later floated the GJM and seized power in 2008.

Ever since, even national parties have been unable to sidestep this ethnic brand of politics.

However, it has been a balancing act for the BJP. Careful not to alienate the rest of the state, it has shied from using the word “Gorkhaland” but included the phrase “sympathetically examine the long pending demand of the Gorkhas” in its manifesto.
Mamata Banerjee, on the other hand, is projecting herself as an antagonist of the new-state demand. 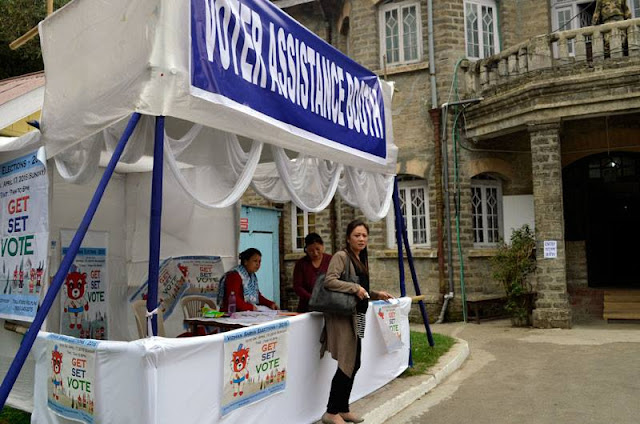 She set up boards for the “all-round development” of various communities. Lepcha, Tamang, Sherpa, Bhutia, Rai, Limboo and Mangar hill communities already have such boards, while others are in the pipeline.

“If the GTA (Gorkhaland Territorial Administration, an administrative setup with all 45 elected members owing allegiance to the GJM) would have done its job sincerely, there would be no need for development boards. Development boards are the demand of the people,” said Banerjee.

Not to miss out on the opportunity, the GJM too has promised similar boards under the GTA, and the BJP is banking on the promise to include 10 Gorkha communities and the Dhimal community in the Scheduled Tribes list.

Harka Bahadur Chettri, the sitting Kalimpong MLA who severed ties with the GJM and floated the Jan Andolan Party (JAP), is gnawing into the GJM support base in Kalimpong with the promise to upgrade the sub-division into a district.

When Gurung accused the JAP and the TMC of being “anti-Gorkhas”, the JAP responded by drafting the West Bengal Reorganization Bill 2016 for the formation of a separate state under Article 3 of the Constitution and dared the BJP to pass it in Parliament.


via: The Hindustan Times