The end of Gorkhas' monopoly in Bengal legislative assembly from hills

DARJEELING/KURSEONG: The hills look different this election season — there are lots of Trinamool and BJP flags fluttering around, indicating the mood of its people. And unlike many years of identity politics — often marred by violence — the demand is one of multi-party democracy in Darjeeling, in Bengal.

It has been three decades since GNLF (Gorkha National Liberation Front) chief Subhash Ghisingh monopolised politics in the region. Gorkha Janmukti Morcha, or GJM — an offshoot of the GNLF — carried on the legacy after dislodging the late Ghisingh. Interestingly, this time hill constituencies are described as 'advantage' seats for the BJP since the party in power has allied with the Morcha, and it is widely-speculated that BJP will open its account in Bengal legislative assembly with three seats.

"We respect democracy and believe that every party has the right to place their issues before the people. TMC is trying to hold election using the government machinery," GJM chief Bimal Gurung told ET. 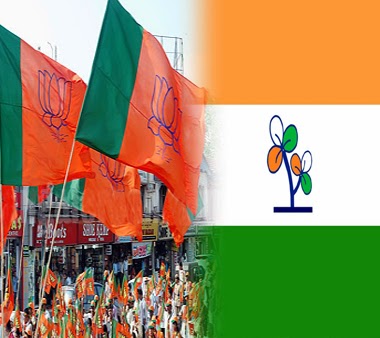 In Darjeeling, where no mainstream party could ever get a foothold, Trinamool Congress is doing its best to make inroads and has tied up with GNLF, which went defunct after Ghisingh's forced exile. But Mamata Banerjee injected life into it to counter the GJM. Even though TMC had allied with the GJM in 2011, the two parties fell apart over the autonomy of Gorkhaland Territorial Administration (GTA).

UNEASY ALLIANCE The alliance between GNLF and TMC is also a tenuous one, and is compared to the ties between Congress and CPM. TMC has always opposed the idea of a separate statehood, but has ironically joined hands with the party that once had spearheaded the movement for a separate state — Gorkhaland — decades ago. CPM too announced its support for GJM but did not field a candidate.