Home > story > To Vote For a "Brighter Future," When All The Choices You Have Are "Dark"

To Vote For a "Brighter Future," When All The Choices You Have Are "Dark"

Dinu is a young guy. Just 19 years of age, thin and lean, he is a student at some college somewhere in Kolkata. He has travelled all the way to Darjeeling just a day before to cast his vote. To be honest, he has no interest whatsoever in the elections or voting, but then he didn’t want to miss the only nearest opportunity to visit home. Dinu maybe young and still at the learning stage of life, but then today he has to make an independent decision, he needs to decide who would represent him and his people.

Its time for Dinu to go for voting and he is waiting on the street below his home for Deepak. Deepak happens one among the two closest friends of Dinu, the other one being Chuppi, who happens lives “2 Golai” below Dinu’s place. Few minutes of wait on the street and a small bit of conversation with the neighbourhood ko ”badi”, mostly involving “ka chas, kasto chas?”, and Deepak arrives. “Chitto hin, Chuppi tala parkhi raako cha harey ” says Deepak and they move down the street towards the polling booth, collecting Chuppi on the way. Chuppi and Deepak, both are graduation students in the same college in Darjeeling itself. Deepak happens to be a serious and focussed guy and he is more
excited about meeting Dinu than the elections. Chuppi on the other hand is a “I give a damn” kind of a guy, not worried about most of the things around and happy to keep himself happy. His actual name happens to be Rajesh, but then, nobody knows him by that name, and he is as much worried about the elections as a goat is worried about chickens. 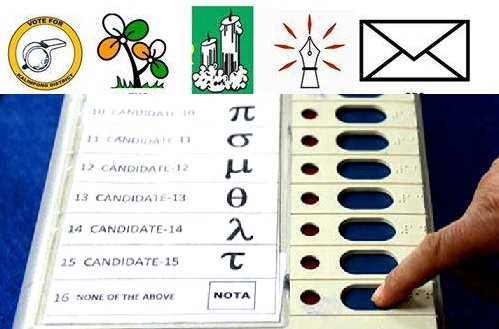 As they carry on their way, Deepak asks Dinu about whom would he vote. A small discussion tries to blossom, just when Chuppi interrupts,” k hawa hawa ko kura gari raako haw timaru.” The topic gets replaced by the planning of the three friends hanging out after a long time. Chuppi and Deepak flow with the conversation and the topic shuffles on to their college and its recent hot hearsay.

Meanwhile, Dinu has something else running in his mind. It is the first time he is going to vote and he at least wants to make it fruitful. He has heard people talking a lot about the contesting parties and all the criticisms and favouritisms come to his mind one by one, as he tries to calculate things as per his understandings. He has heard that the ruling party has been there for a quite a long period of time but haven’t been able fulfil their promise. What he votes them again and the same thing continues for 4 more years? Now he looks at another party, the ruling party of the state. The apathy of the state government towards his people doesn’t even make him think twice. Then he thinks
about the communist side of the list and the pain and agony of the past comes to his mind. He has heard that people his people had suffered to extremes during their tenure. Now, for the last choice,
the newly formed regional party comes to his mind. Dinu is not politically enlightened, but he is quite sure that the newly formed party is just a differently named wing of the state run party. He has
heard and read a lot about that and also assessed all the theoretical evidences. All the other names in the list are foreign to Dinu and he doesn’t want to waste is vote on NOTA either, as he has travelled all the way down for it.

The thoughts keep on bugging Dinu’s mind as they reach the voting area. The polling booth is arranged in a small primary school and it is surrounded by the uncles and aunties of the neighbourhood representing their respective parties, who remind the trio about whom to vote each time they cross one of them.

Dinu stands on the long queue waiting for his turn to come. The line soon leads him inside the booth and he still has nothing clear in his mind. A moment of wait before the voting machine and finally he does it. A long beep marks his exit from the booth and he reluctantly takes the voter’s mark on his index finger. We don’t know whom Dinu voted for.

Even Dinu doesn’t know if he did the right thing, but he hopes that his vote counts for the right of his people and place. Hopes that he has used his education and knowledge to help eradicate the darkness from the hills.