BAKLOH: Few people know that the eight tiny hilly villages nestled in the lap of Dhauladhar Ranges in Kangra district of Himachal Pradesh bordering Punjab is the abode of nearly five thousand Indian Gorkhas - the very name personifies courage and loyalty and brings to mind the image of khukhri (curved knife) wielding warriors and their blood curdling war cry "Ayo Gorkhali (The Gorkha's are coming) resonating through the ear or a friendly loyal Bahadur.

Though, originally, their forefathers hail from Nepal, in present day they are proud Indians having a fusion of Indian and Nepalese culture and cuisine which reflects from their ways of living. 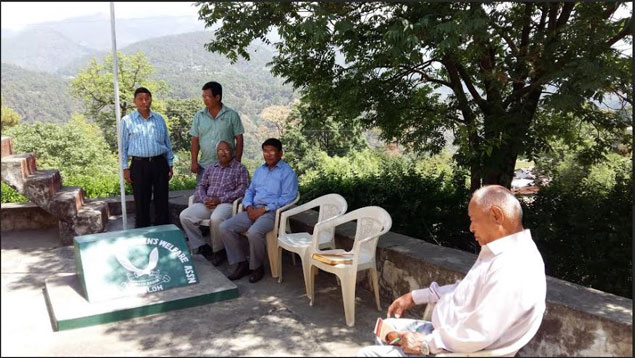 Despite having been born and brought up here and having served the nation all through their lives, the Indian Gorkhas living in these village are fighting their own battle of identity crises.

"No doubt our forefathers arrived here from Nepal, but we, our fathers were born here, yet we are generally dubbed as Nepalese which is incorrect and hurt our feelings. We are Indian Gorkhas and not the Nepalese Gorkhas," explains Vijay Kumar Gurung, president, the HP Gorkha Ex-Servicemen Welfare Association (Gorkha Sabha), Bakloh while talking to TOI.
He recalls an incident when a young Gorkha boy was turned away from an interview for his appearance of a Nepalese. "This is what hurts us. We are Indians and people should know that we are Indian Gorkhas," he said.

Association vice president Krishan Singh Thapa was of view that a 'tribal status' to Gorkhas would help them maintain their identity and would also provide certain benefits given under the category. "We have passed through all kinds of predicaments including poor education and health facilities in these remote villages. A tribal status will give us some relief," he said.

A veteran Gorkha, G S Gurung, said, "You can witness a unique amalgamation of Himachali and Nepalese culture in these villages. For example, the Gorkhas have adopted tradition of Dham (lunch served in traditional marriages of Himachal Pradesh). Similary, the locals have also adopted several Gorkha ways of living "adding that many Gorkha families speak Punjabi and Himachali as fluently as Gorkhali language".

Meera, a Gorkha woman who speaks fluent Punjabi finds no difference in cultural, social and while finding linguistic similarities between Himachalis and Gorkhas except when they were pinpointed for their 'Nepalese' looks.