103rd Foundation Day of the First Gorkha Library in India

Gorkhas and Library: A Centurial Conspectus

Heartiest Congratulations to all on the 103rd Foundation Day of the Gorkha Library, Kurseong. The first Gorkha library in India was started at Kurseong on 8th June 1913. If we look into the history of this library, hundred years ago, a Lepcha named Jombey Paval had founded it with the help of his friends. Paval was originally from Kalimpong and worked at Kurseong hospital. The library was started in his rented house.

Initially the colonial administration suspected the formation of the Gorkha library, as the Bengalis had started an underground group like Anisulan Samity to challenge the colonial administration. Pandit Tulsi Bhattarai, the former member of the Gorkha Library Executive Committee said “the then founders of the library convinced the administration by stressing on the need of a reading place for the Gorkhas, who were mostly poor and illiterate”. Pandit Bhattarai claims that during the mid 1980’s, he was also an activist for Gorkhaland and had stopped Jyoti Basu, the then Chief minister of Bengal from entering the hills. 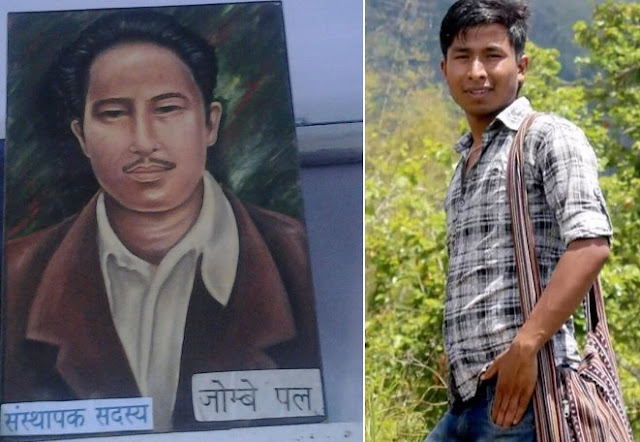 The idea of having a Gorkha library was earlier raised by Pratiman Singh Lama. He was highly influenced by the reading and discussing habits of Europeans at Darjeeling Planter’s Association. Lama was further inspired by the feeling which can be theoretically equated as ‘Public Sphere’. According to the German sociologists, Jurgen Habermas ‘Public Sphere’ is a platform where people can discuss anything freely without any pressure or threat of any kind.

According to Chalmers (2009:127), P.S. Lama often argued that on having a public sphere like the British system of library and rational discussions, “we can reap all and what honours we could achieve”. The aspirations and demands of the people for the foundation of the Gorkha library led Parasmani Pradhan to form Nepali Sahitya Samaj. Through this group he tried to unite the writers for the creation of an organised civil society.

Finally, the present Gorkha Library at Kurseong was completed at the cost of over Rs. 3,000 and started to operate from 1918. In the inauguration ceremony of the library, Sir H. Quinton, the British Civil Servant was invited as the chief guest. He was welcomed with songs and dances performed by the artists of the Gorkha Amateur Club. In a way of highlighting the local homogeneity and harmony, the chief guest was offered a flower garland by a Nepali and a silk scarf by a Bhutia, who were dressed in their traditional attires. The integrity of the hill community can clearly be revealed by surfing into the foundational tales of this Gorkha library which was institutionalised collectively by Lepchas, Bhutias and the Nepalis. The present Vice-Chancellor of Sikkim University, Prof. T.B. Subba argues that when the Hill Men’s Social Union was formed in 1930’s then the Lepchas, Bhutias and Nepalis had collectively consented to call themselves as Gorkhas and accepted Nepali their language. The Union had also started a monthly magazine called the “Nebula” derived from the abbreviation of Nepali, Bhutia and Lepcha.

Almost after one hundred years, the social fabric of the local Gorkha community is breaking up across the political lines and lust for reservation, representation, tribal development boards among others. Our society is in a need of re-organisation and rejuvenation, politics of opportunitism and favouritism based on kin and kith relations has damaged the traditional social homogeneity. Amidst such moments of despair and disrepair, Mr. Bipal Barailey, 21year old school dropout, resident of Munsong tea estate, 21 kms away from Kalimpong has opened a library in his village. The library is being run in one of his rooms with few books and chairs. The era has come to retest the Gorkhas in the scales of communal unity and harmony. There seems to be a need for more Paval’s, friends and like-minded people who can come forward and help in the establishment of this library through any ways or means. The rejuvenation of the century old love for libraries for social empowerment must be accepted and assisted as a new hope for the creation of a better society.

Nabu, a GJM student wing Central Committee member from Kalimpong wants to appeal all the members of the civil society to kindly help the library by donating old books. He claims that this is an apolitical affair and everybody should unify irrespective of political backgrounds. Amid such moments of century old historical coincidences, in another case all the political parties of the region has been called by the district administration in a dialogue for the creation of Kalimpong district. Let us hope that the present political parties too can come over their differences and work together not just for Kalimpong alone but for the creation of Gorkhaland as well.

In a way of concluding, let us recollect the words of Prof. Mahendra P. Lama, the former Vice-Chancellor of Sikkim University. He used to say “Grandpa and Grandma passed away. We did not record their knowledge. As a result, they took away the precious libraries with them. Let us learn to archive things by recording and let us not repeat our mistakes”.

Libraries are after all depositories of many things like knowledge and wisdom, history and identity and many more. Let us all come together and not regret later in willingly watering the library planted by Mr. Barailey.

*Animesh Rai is a research student in the Department of Sociology, Sikkim University.