The Padmaja Naidu Himalayan Zoological Park (PNHZP) in Darjeeling  West Bengal will receive a two year old snow leopard as a part of an international breeding programme. Makalu born at the Black Country zoo in Britain will arrive from DZG on Friday at Kolkata airport and then will be taken to the Darjeeling zoo for conservation breeding programme. The big cat species is on the list of endangered animals. It's believed there are between 4,000 and 6,500 left in the world.

'Makalu', named after the world's fifth highest peak rising to 27,765 feet (8,463 metres), southeast of the Everest, left Dudley Zoo on Wednesday for Darjeeling zoo, almost 8,000 km away, in the foothills of the eastern Himalayas.

Darjeeling is the native region of the snow leopard and the zoo is internationally recognised for its 33-year-old conservation breeding programme for the species, with 56 births to date. 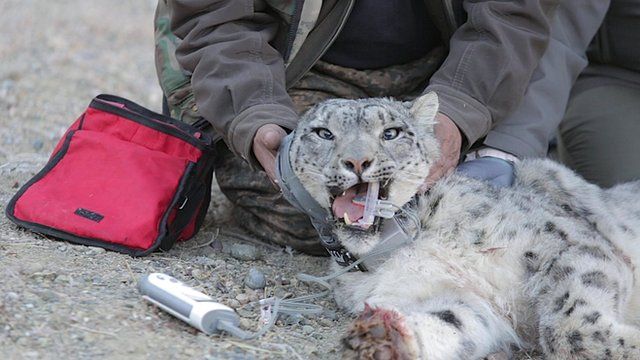 "The breeding programme could "potentially see Makalu's descendants released into the wild," DZG curator Richard Brown said.
"We are hugely proud to be involved in this transfer, which is an incredibly exciting move for Makalu and the snow leopard species in general," Brown said.

"The international studbook coordinator in Finland has identified Makalu as a genetically important snow leopard and recommended him for the move, so we are proud to play our part in helping secure the future of the endangered species and we're thrilled with where he is going," Brown added.
The DZG will financially support Makalu for the next five years.