DARJEELING 10 Aug 2016 Police arrested three youths on Tuesday night from the Lebong area in Darjeeling for sexually assaulting a minor girl and the three were today produced in court and sent  to judicial custody. According to the police, the three are Bijendra Khawas (21) from Kothey Gaon, Harsingh; Dipen Rawat (30) of Gofley Phatak; and Sushant Pradhan (23) of Upper Harsingh.

The fourth culprit, Ajay Tamang of Banekburn, is absconding, they said.

All the youths are drivers of a local taxi syndicate and hail from the Lebong area, located 8km from Darjeeling town. Police sources said the minor, who appears to have known the accused, was raped twice  in the Lebong area. “The first rape took place on July 25 and the perpetrator was Tamang. That day, the accused picked up the victim and took her to a garage in Upper Harsingh and committed the crime,”  said a police officer.

The second assault was committed on August 1 by Khawas and Rawat. “We are trying to string together the incidents based on the complaint lodged by the victim’s uncle. It seems on August 1, the two accused had taken the victim to Rungdung Khola, a few kilometres below Harsingh, and committed the crime,” the officer said. 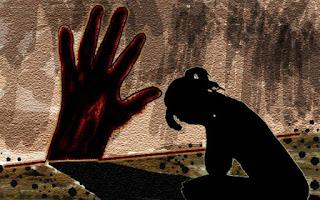 Amit Javalgi, the Darjeeling SP, confirmed that a complaint had been lodged and three people arrested. “Yesterday a complaint was lodged in the Darjeeling sadar police station about rape. Acting on the complaint, we have arrested three people who were today produced in court, while a search is on to trace the fourth accused. Medical examination has also been conducted on the victim and reports are awaited,” he said.

The three accused were produced in the Additional District Session’s (second) court and sent to judicial remand. They have been directed to appear before court on August 19.

Condemning the incident, the Lebong Motor Syndicate today halted vehicular services from the town area to Lebong for the day. “We strongly condemn the incident and want justice for the victim. The accused must be arrested and given severe punishment to ensure such crimes do not recur,” said P. Hingmang, general secretary of the syndicate.