Bengali Compulsory in Schools - No backing out of 3-language norm, says Mamata

No backing out of 3-language norm, says Mamata

The Mamata Banerjee government isn't going to back out on making Bengali compulsory in schools. On Saturday, the chief minister insisted that students with English or Hindi and even Nepali (for Hills students) as first language should have Bengali as a compulsory paper. Banerjee, however, didn't specify from which class the government wants to introduce the three-language policy.

"Those with Hindi or Nepali as first language should continue to do so. But won't they study Bengali as a third language?" the CM said at Nabanna on Saturday, when her government completed one year in her second innings of governance beginning May 2016. Sensing that the proposal may fuel the identity debate in the Hills, she said: "I won't impose anything if children in the Hills do not study Bengali, but won't they learn the language of a place where we stay together?"

The CM's announcement comes three days ahead of her meeting with private school representatives on Wednesday, in which she is likely to broach the issue.
"Bengal respects all languages and languages of all states. Our three-language formula shows how we really do... India is a vast country and the strength of our nation is unity in diversity. We must respect every mother tongue and also give every regional language its importance. We believe in the freedom of choice and the three language formula," Banerjee had posted on Facebook a few days ago.

"Students have the freedom to take any language of their choice as a first, second or third language. If the student choses Bengali, Hindi, English, Urdu, Gurmukhi, Nepali, Alchiki as first language, he/she may opt for two other languages of their choice. One of the three languages has to be Bengali," she added.

Banerjee chose to celebrate her government's anniversary with a massive blood donation programme organised by government employees. "As a humble contribution on the occasion of the Trinamool government's six-year completion, government employees have come forward meet the shortage of blood in blood banks. We have already collected 16,000 units of blood from the police force, who have conducted a blood donation programme, and another 50,000 units of blood will be donated from our government staff very soon. Blood saves life and blood is life. My appeal is not to shed blood by beating up the police, but help to donate blood," the chief minister said, indirectly hinting at the Left's Nabanna march on Monday and the BJP's Lalbazar march on Thursday.

Over 90 policemen were injured in the two marches.
Banerjee ferretted out a long list of statistics to highlight the government's achievements over the last six years, saying the state's GDP had more than doubled in the last six years since the Trinamool assumed power. The CM flagged off 53 air-conditioned ambulances given by MPs to serve people, particularly in rural areas.
[Via: TNN] 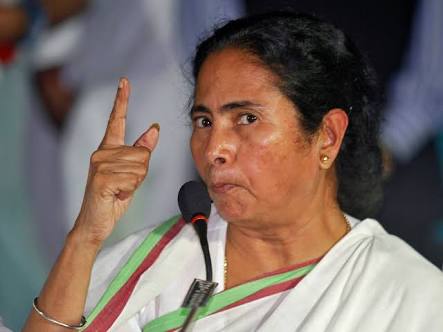