First accident took place at Phyangla in East Sikkim. A vehicle (MAX) Number SK 03J 0124 met with an accident while returnimg from Lachung at Phyangla.

Total number of eight tourists were there in the vehicle, 6 of them died on spot, reported sources. 1 kid and 1 other person are at CRH under going treatment.

Among the deceased two were females, three kids and one male. They are from North 24 parganas (West Bengal). Dead bodies are rescued by Sikkim police, SDRF and Home Guard.

Several officials along with locals were on the spot for rescue operations. It was found that Mohan Gurung was coming back after dropping the guest at their hotel. He was alone in the vehicle at the time of accident. Mohan was rescued but was declared dead on the way to Mangan by the Mangan Medical Officer. 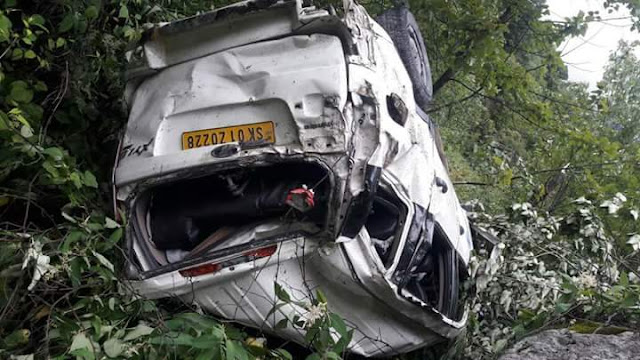