100 Years and Still Raging: The Battle For Gorkhaland

Kolkata: Gorkha Janmukti Morcha (GJM) chief Bimal Gurung thumped his chest as he stood amidst his supporters and said Darjeeling was on the boil because of their fight for a homeland, a separate Gorkhaland. “There is no going back now,” he roared.

Gurung’s statement, however, has taken the Hills back in time. The fight for Gorkhaland is one of the longest standing demands for a separate state that India has seen. Gorkhas living in West Bengal demand a state of their own on the basis of language, social and cultural ethnicity. Gurung’s call for an indefinite bandh, starting Monday, has roots in chief minister Mamata Banerjee making Bangla compulsory in schools across the state.

Gurung’s fight has put the spotlight on the crisis in Gorkhaland, which is almost 100 years old. News18 takes a look at the history of the fight:

Gorkhaland consists of Nepali-speaking people from Kalimpong, Darjeeling, Kurseong and many other hill districts. Around 1780, the Gorkhas captured the entire region from Teesta to Sutlej, including Darjeeling, Siliguri, Shimla, Nainital, Garhwal Hills and Kumaon. After 35 years of rule, Gorkhas lost the Anglo-Nepal War in 1816 and surrendered the territory to the British.

1907-1934: The issue of a separate state was first raised in 1907, when Hillmen’s Association of Darjeeling wrote to the Morley-Minto Reforms Committee, demanding a separate administrative setup. Right until 1934, several requests were made, but in vain.

1947-1952: The undivided Communist Party of India (CPI) too demanded a separate Gorkhasthan, comprising of Sikkim, Nepal and Darjeeling. The Akhil Bharatiya Gorkha League (ABGL) too joined the movement, demanding the Hills be separated from Bengal.

1986-88: In 1986, the movement by ABGL turned violent after Subhash Ghising, under the banner of Gorkha National Liberation Front (GNLF), took to the streets. The Darjeeling Gorkha Hill Council (DGHC) was formed in 1988, under which limited powers were given to Ghisingh’s GNLF, only in Darjeeling district.

2007-10: Bimal Gurung, once considered close to Ghisingh, launched his own party GJM. Touted as the ‘Next Robinhood’, he slowly gathered support for a separate Gorkhaland. In 2010, ABGL’s Madan Tamang, who had openly criticized Gurung for playing politics, was hacked to death in public. Nicole Tamang, a member of GJM, was arrested for the murder.

2011-13: Mamata came to power, and replaced DGHC with Gorkhaland Territorial Administration (GTA) and made Gurung its chief. Both parties preferred to not attack each other. But soon after Telangana was formed in 2013, the demand for Gorkhaland intensified. Gurung resigned from GTA.

June 2017: GJM, an ally of the BJP, has called an indefinite shutdown of state government and Gorkhaland Territorial Administration (GTA) offices, but kept educational institutions, transport services and hotels out of its purview. The GJM, which heads the GTA, has also issued a diktat to banks to open only twice a week. The Trinamool Congress government has ordered all its employees and those of the institutions receiving grants-in-aid from it to attend office on all days, warning that absence from duty will be considered a break in service. 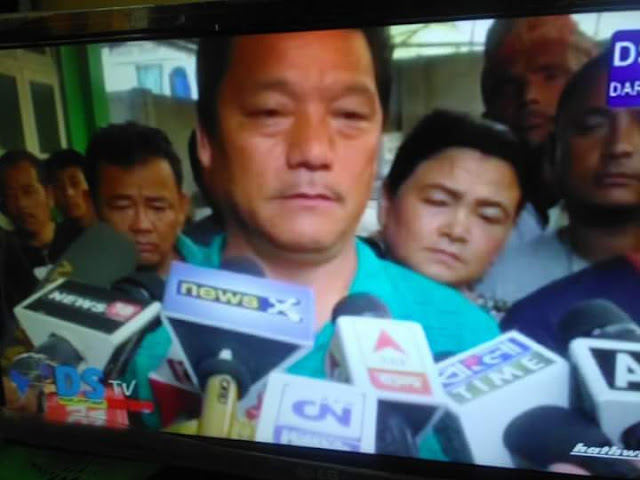