The crisis in Darjeeling seemed to deepen with the all-party meeting called by Gorkha Janmukti Morcha (GJM) leaders on Tuesday afternoon ending a unanimous decision to fight for a separate state of Gorkhaland that was a direct challenge to chief minister Mamata Banerjee who has vowed not to allow a split of Bengal.

Though two parties -- All India Gorkha League (AIGL) and Jan Andolan Party (JAP) -- did not attend, their leaders expressed their support for a separate state.

Suman Sharma, assistant secretary of the BJP Hill district committee, was present in the meeting. “I signed the resolution supporting Gorkhaland,” he told HT. BJP Hill Committee president, Manoj Dewan, told HT that he deputed Sharma to attend the meeting.

For ruling Trinamool Congress, the decision of the all-party meeting signals a setback. GNLF, its ally in the recently concluded civic elections that helped it to post a victory in Mirik municipality -- the first by a party from the plains in decades -- clearly voted for a separate state. “Trinamool Congress was our electoral ally and not an ideological ally. It was in a different context. This is politics, the art of the possible,” Niraj Zimba, the spokesperson of GNLF, who was present at the meeting told the media. 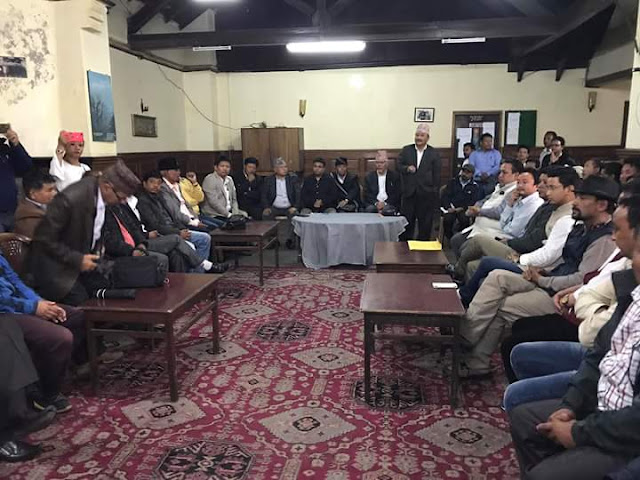