Situation continues to remain tensed as both sides ramp up political rhetoric.

The GJM, however, exempted schools, colleges, transport, hotels from the purview of the shutdown and said banks will remain open only twice a week.

"There will be indefinite shutdown in GTA offices, banks and government offices from Monday. The banks will open twice a week for public transactions. We have exempted schools, colleges, transport, hotels from the purview of the strike," GJM general secretary Roshan Giri told reporters here after the organisation's central committee meeting. He also announced that all the signboards written in Bengali will be removed from Darjeeling, Kalimpong, Kurseong, Mirik, Siliguri, Terai and Dooars region and signboards only in English and Nepali would be allowed.

"We will not attend GTA offices. Thrice a week we will organise torch rallies in the hills," he said. GTA and government offices will, however, remain open for four days from June 27. Earlier in the day, GJM supremo Bimal Gurung said that he was not for strikes. Gurung also called for "non-cooperation" movement with the state government and accused it of looting resources from the hills and depriving it of basic amenities. He said that agitation in Darjeeling hills will not stop until and unless a separate Gorkhaland is formed.

"If TMC wants to play with fire they will regret it," he said. "We will appeal to the people not to cooperate with the state government. It is taking away so much resources from the hills and what are the people of the hills getting? We are getting nothing. "This has to stop. We will fight for our freedom and will not allow the divisive politics in the hills," Gurung said. The GJM leadership today wrote to the Centre urging it to look into the Gorkhaland demand.

Mamata warns GJM of action, says will not go for compromise

In a stern warning to Gorkha Janmukti Morcha (GJM) for resorting to violence in Darjeeling, West Bengal Chief Minister Mamata Banerjee today said the state government would not go for any compromise and deal with those who violated law.

"They (GJM) have become politically bankrupt and resorted to violence. I hope good sense will prevail on them. We cannot live in peace by resorting to terror and violence," she told reporters at 'Uttarkanya', the mini-secretariat, here. "We have compromised a lot and it seems that now we have our back against the wall. You can compromise for the good and for peace but it cannot be done for bombs and arms," she said.

Indicating that the state government would act tough, the chief minister said the superintendent of police for Darjeeling has been changed and three senior IPS officers were sent to deal with the situation in the hill town. Asked whether GJM chief Bimal Gurung would be arrested for the violence in the town on Thursday last, she said law will take its own course. "If anybody has violated the law, he will be dealt accordingly".

The hill station had turned into a virtual battlefield after GJM supporters clashed with the police on Thursday when they were stopped from marching to the Raj Bhawan where the state cabinet meeting was underway. Reiterating her opposition to the bandh, Banerjee said, "Bandh is illegal. Even the High Court has declared it illegal." She said the election to Morcha-controlled Gorkhaland Territorial Administration (GTA) would be held and the new board will assume office by August 2.

"We will go to the people. They will also go. We will wait for the people's verdict", she said. Yesterday, Banerjee had stated that Morcha-led GTA had "failed" to carry out any development work in the hills and when their term was scheduled to be over next month, they have started "torturing the public". She also called for strengthening tourism industry in the hill town.

The situation in Darjeeling is "very stable and peaceful", the chief minister said, adding she was hopeful that everybody would contribute in maintaining peace. About the situation in the tea industry, Mamata accused CPI-M, Congress and BJP of "playing dirty politics" in the hills and said they would be held "responsible" if tea gardens are closed. "The Modi government had promised to acquire seven tea gardens but they have not done anything. We are helping the tea garden workers in every possible way," she said. The chief minister said the state government was open to negotiation and urged tea gardens workers not to pay heed to the CPI-M, Congress or the BJP and go for strike. 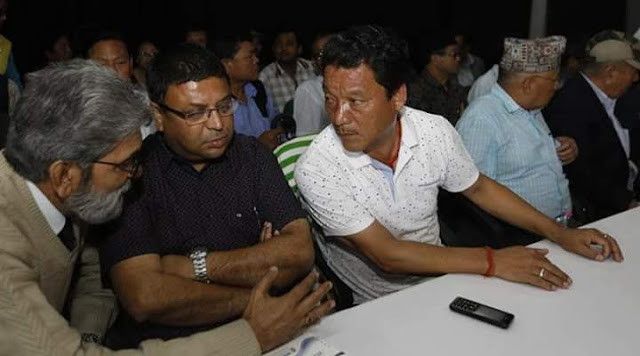