West Bengal Chief Minister Mamata Banerjee issued a 72-hour ultimatum to the Gorkha Janamukti Morcha leaders Saturday to withdraw the call for an indefinite bandh. An aggressive Mamata said: “Enough is enough. For eight days,we have tolerated the strike. But now,I declare the strike unconstitutional as the Calcutta High Court has done. I am rough and tough. The bandh has to end,” she said.

The ultimatum was a clear warning to the GJM leadership that they should either fall in line or be ready for arrests. Mamata Banerjee’s harsh words turned the heat on in the Hills. GJM Chief Bimal Gurung,who has already resigned from the Gorkha Territorial Administration,responded instantly saying they were ready to take on the challenge.

“Mamata Banerjee is threatening to break the spontaneous agitation in the Hills for a separate Gorkhaland state. Banerjee would have to withdraw the ultimatum or else the Hills will respond with a Janata curfew. Now you see millions on the streets demanding Gorkhaland. Once the Janata curfew comes in force,not a soul will step out of their homes. The streets will be deserted if she tries to break the bandh with the help of police and by force.”

The Darjeeling Hills have been under an indefinite strike since August 3 with sporadic violence erupting in different parts of the hills. Tourists have been turned out of the hill town while all schools and colleges are shut. Tea gardens,though exempted,are suffering as the produce is not being despatched due to lack of transport.

The CM,however,clearly indicated that her administration will not hesitate to arrest the GJM top leadership after the 72-hour deadline.

“There are scores of criminal cases pending against all and every possible constitutional action will be taken to break the abnormal situation in the hills,” Banerjee said. Mamata also warned the Centre against any kind of interference in the matter. “For one LS seat,no one has the right to play a divide and rule game. Let us act together in the matter of Darjeeling,” she appealed 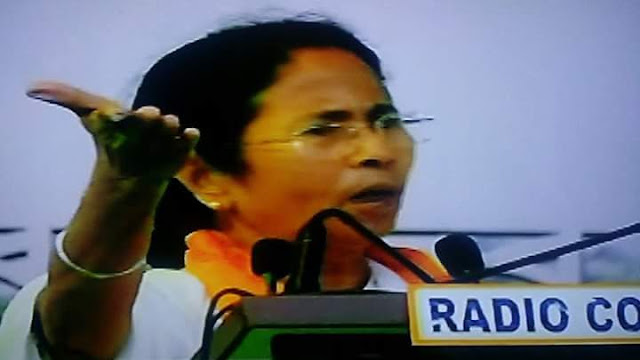