“You can crush some flowers but you cannot stop spring from coming back!”-Pablo Neruda

Democracy died a violent death today in Gorkhaland. The brazen display of "might is right" by the dictatorial West Bengal government and facilitated by central government has been proven once again on the Gorkha people who have been demanding their constitutional and democratic right. The dance of death that has flowed today from the barrels of the oppressive regime in broad day lights is highly condemnable. Innocents murdered, rights and freedom has been crushed by the oppressive jackboots brought on by the WB government. Three Gorkhaland supporters were left dead today and many were injured when police started firing indiscrimantely on the democratic protest. In the ensuing violence a local cop is also supposed to be killed. We condemn this highly oppressive regime where it kills its own citizens for sustaining it's egomaniac leadership. The murder of the Gorkhaland supporters is highly reprehensible and is to be condemned in the strongest form possible. We condemn this mindless violence and the police high handedness. Political demands should be heard and solved politically. Violence, intimidation and killing should never be the choice of a democratic and constitutional state. We also condemn the draconian move of Bengal government to curb the freedom of speech and expression of people through intimidation with the use of armed forces and putting unjustified ban on local media and new channels. The move of deployment of paramilitary forces especially ARMY to resolve civilian issues and complete ban on local media by Bengal government is nothing but daylight murder of democracy. Such brazen display of State power to deal with genuine political discontent of people on issue of imposition of Bengali language and democratic constitutional fight for separate state has shocked everyone. In Gorkhaland, the people’s right to peaceful assembly and protest, freedom of expression and thought, right against exploitation, right to life with dignity is being increasingly curtailed. All fundamental rights of citizens are curbed at whim and fancies of the State forces. Horrid accounts of loot, molestation, intimidation and custodial torture leading to permanent maiming of those arrested by the CRPF during the 1986-88 agitation have etched deep fear which haunts the masses even today. The State has shamelessly conspired and capitalised on the CRPF’s notorious record of the 1980s by deploying these forces again to create a fear psychosis with an implicit warning that any dissent will be CRUSHED AGAIN with same CRUELTY and LEGITIMACY. We are seeing similar occurences at present as well where the police under the orders of the oppressive regime is knocking down doors at midnight, trashing the house and arresting and intimidating people. Now with introduction of ARMY and CRPF, the feelings of the people are aggrieved more than ever. Already with the widespread presence of police, CRPF and other paramilitary forces, bringing Army to deal with civilian issues sets dangerous political precedent. Deployment of Army under pretext of ‘maintaining peace’ is nothing but intimadation. How can Army which is not trained to deal with civilian issues resolve a century old political crises of this region? Can there be any military solution to civil political problems? Are we living in de-facto military rule? Under such hostile and militarised situation, can any citizen exercise his right to freedom of thought and expression without any fear or intimidation? Is democracy just a privilege of few elites and other priveleged regions? Can we take 'silence under intimadtions and threats' as hallmarks of peace and harmony? Why such a zeal to call army in certain regions and against certain people? Will you find army in civilian conflicts in cities of mainland India? Isn't interference of Army and thousands of paramilitary forces a brazen display of State power to muzzle all democratic aspirations and voices of people of Gorkhaland? How can democracy flourish under military jack boot?

The media which is supposed to be the eye of democracy has always been biased towards the gorkhas. It has always portrayed the gorkhas as violent and their just and legitimate demand as unconstitutional. The community which has been labelled as one of the bravest in the world have been stabbed at the back by the knife of betrayal and repression by violent representation of the gorkhas. The National media is portraying the state as the white dove of peace and the Gorkhas as lovers of violence. By twisting facts, sensationalising news and cherry picking stories, media is deliberately projecting the entire movements as ‘dangerous’ thereby justifying the excess use of military forces on peaceful protesters. Such biasness and unethical journalism should be questioned and condemned.

The bizarre silence maintained by larger civil society especially those of the supposed left parties like CPI(M) etc of Bengal on such grotesque violation of human rights is baffling and beyond comprehension. Display of such level of insensitivity towards loss of life is highly shameful and only speaks of double standards. We condemn the high handedness of the repressive Bengal Government where the democratic movement for Gorkhaland is being termed unconstitutional and is being used as a pretext to curb the democratic right to protest and freedom of expression. Hence, we demand immediate and unconditional withdrawal of all paramilitary forces including ARMY from the Darjeeling and stop gagging of local media. We reiterate our support for the Gorkhaland movement and call upon all progressive people irrespective of party denominations in JNU to come out in condemnation of the Oppressive TMC reign of terror( block n italacise this) that has brought violence and oppression to not just Gorkhaland but Bengal as well. We salute the people for showing incredible compassion, courage and restraint under such brutal assaults on their freedom and appeal all people unite and fight for this just cause. Instead of relying on eternal forces, people should realise that its their strength of their struggle alone which will ensure Gorkhaland. Only if we stand united and fight uncompromising, we can change the course of history! 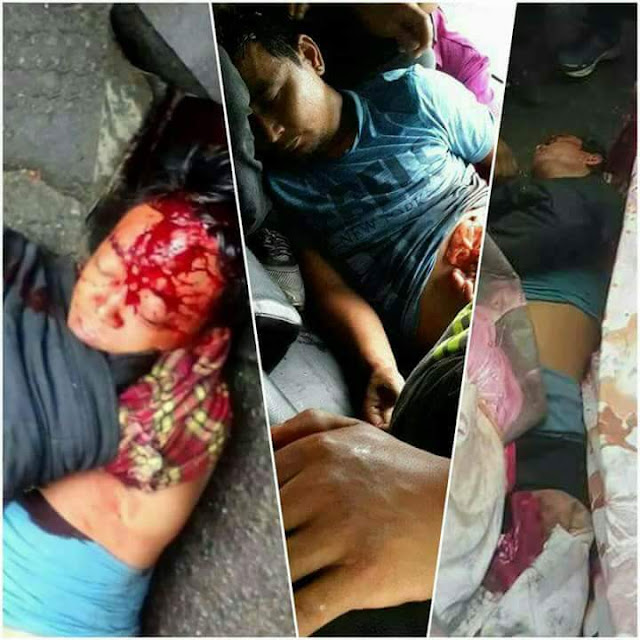