According to Press Trust of India (PTI) report Darjeeling Superintendent of Police (SP) Amit Javalgi has been removed from his post. Though not yet formally appointed by the State Government, Deputy Commissioner (Central), Kolkata Police, Akhilesh Chaturvedi is tipped to be the new SP of Darjeeling, according to a senior Kolkata Police official as quoted by PTI.

The chief minister had earlier said that a three-member team comprising senior IPS officers had been formed to look after the law-and-order situation in Darjeeling.

Chief Minister Mamata Banerjee meanwhile left Darjeeling in the night of 9th of June after taking stock of the situation in the hills. She started from Darjeeling town at around 10 pm and reached Siliguri after over two hours.

On Friday the Army carried out flag marches in Kalimpong, Darjeeling and Kurseong. Initially, two Army columns were deployed in Darjeeling. Late Thursday, the Army was requisitioned by the state government for Kurseong and Kalimpong as a precautionary measure.

As of now, six columns have been deployed — three in Darjeeling, two in Kalimpong and one in Kurseong. Each column comprises 43 personnel.

Three companies of CRPF have also been deployed.

Meanwhile,  GJMM central committee is holding a meeting in Darjeeling and likely to announce its future course of action today. 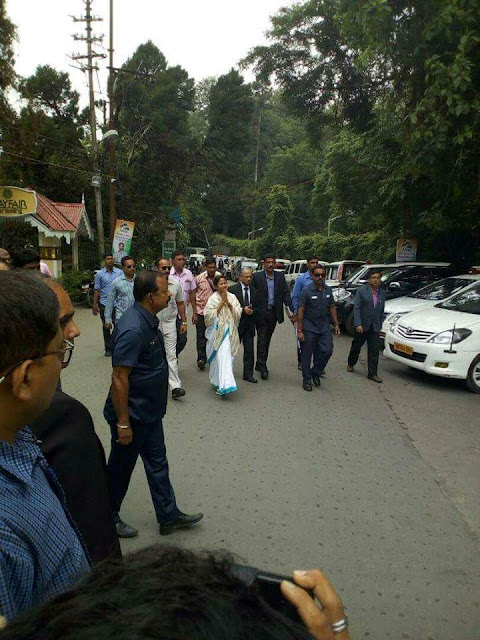