Darjeeling police have started a suo motu case against Gorkha Janmukti Morcha leaders, literary figures and heads of educational institutions who had attended a meeting on Tuesday to discuss the government's decision to make Bengali compulsory in schools.

The police have also filed a case against Pemba Bomjan, the president of Gorkha Dukha Niwarak Sammelan, the oldest social organisation in the town.

The Morcha had called a meeting on May 30 where literary figures, academicians, college professors, teachers and people from different walks of life discussed the state's plan of a three-language policy.

During the meeting, Gurung had announced a two-day closure of educational institutions in the hills yesterday and today and rallies with black flags during the chief minister's visit next week to protest the government's decision.

Classes were suspended in a majority of the schools in the hills today as the students had not turned up.

Most of the speakers at the May 30 meeting had said that while they were not against any particular language, imposing one on students of a region was not acceptable and they should be given the option to choose.

The FIR filed by Saumyajit Roy, the inspector in charge of Darjeeling Sadar, states: "It is to be noted here that the above accused persons are purposefully trying to create an issue unnecessarily with a motive of provocation to ignite feeling of hatred and enmity between different castes of people on the basis of regionalism and trying to distort the government policies...."

"It is also to be noticed here that no such notification in view of compulsion of Bengali language to the education system of the hills has been imposed till date."

The accused have been booked under Sections 120B (criminal conspiracy), 155A(b) (promoting enmity between different groups), 505 (statement conducting to public mischief) and 34 (common intent) of the Indian Penal Code.

Told about the police case, St Paul's rector Rev Halder said: "I am hearing it from you. I am quite taken aback. Whatever I said in my speech was based on my personal experience about learning different languages. At the end of my speech, I had also said that since we are all governed by CISCE, we need to await for a notification on this matter."

In the hills, most students have English as their first language and Nepali as the second. The students mostly opt for Hindi as the third language, which they will have to drop for Bengali if it is made compulsory.

Morcha leader Tamang said: "It seems that we cannot even speak or voice our grievances now. Where is the freedom of speech? We have not spoken against any language, we are merely saying that you should not impose a language and make it mandatory." 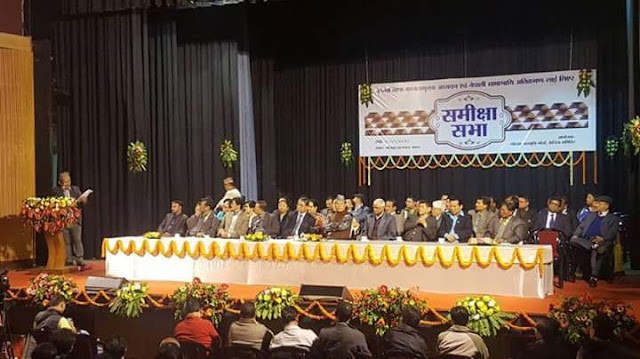