The Centre needs to seriously consider the demand for Gorkhaland

The Big Story: A Union of linguistic states

The hills of West Bengal have been in turmoil for the past week. The agitation started when Nepali-speaking Gorkhas began to protest against the decision of the Mamata Banerjee government to make Bengali compulsory in school. But given that the movement has continued even after Banerjee has clarified that the order will not apply to the hills, it points to deeper roots. On Tuesday, Gorkha parties – including the Gorkha Janmukti Morcha and the Gorkha National Liberation Front – got together to adopt a unanimous resolution calling for a separate Nepali-speaking state of Gorkhaland to be carved out of West Bengal. The resolution was even supported by the Bharatiya Janata Party.

The separation of the Nepali-speaking areas of West Bengal is one of the oldest statehood demands in India – the issue came into existence almost as soon as the British transferred power to Indian hands in 1947. In this, the Gorkhas do not stand alone. The linguistic principle has been the basis of Indian politics for some time now. In 1920, as Mohandas Gandhi reorganised the Congress radically in order to transform it from a genteel talk shop to a vehicle for mass movement, he made sure to constitute the Congress’ provincial committees along linguistic lines rather than have them reflect the Indian provinces at the time, which were arbitrary and often reflected the history of British conquest. The message was clear: India was to consist of an union of language communities.

This message was given concrete political shape in the second decade after Independence, as India’s states were reorganised on linguistic lines. The arbitrary state of Bombay and Madras were split up into Marathi, Gujarati, Tamil, Telugu lands.

Yet, in this reorganisation, the Gorkhas of West Bengal got left out. This step-motherly treatment was due to expedient political calculation. Unlike Marathis or Tamils, Gorkhas were too small in number to shake up New Delhi. Of course, Kolkata herself was loathe to give up areas that bought in valuable tea and tourist revenue, even if it ignored the character of West Bengal as a Bengali-speaking state. This anomaly has led to long years of neglect. Bengali politicians do not win elections from the hills and Gorkhas by themselves are too small to influence Kolkata.

In the 1980s, support for Gorkhaland exploded into terrible violence which scarred the hills. This forced some devolution from Kolkata. In 1988, West Bengal formed the Darjeeling Gorkha Hill Council. In 2011, this gave way to the Gorkhaland Territorial Administration with expanded powers. Yet, this is not only weaker than other similar autonomous regions such as the Bodoland Territorial Council but, of course, has powers that fall far short of a state government.

India’s principal of making states using languages might seem, at first glance, a divisive tool. However, it is the glue that has kept the Union together, balancing the multiple identities of citizens as both Indian and as members of their local language community. The example of the break up of Pakistan, which tried to wipe out the Bengali identity of East Pakistan, is a warning about the price that could be paid if linguistic nationalism is sought to be suppressed. 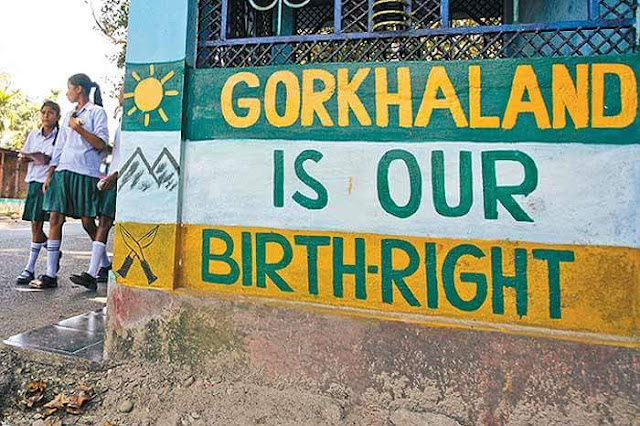