New York Gorkha Welfare Society East Cost NY organized a BBQ program in New York in order to support the Gorkhland movement and for the solidarity from the foreign land to pass the message we are united for the Gorkhaland regardless of the physical distance and united together throughout the world.

The gathering was a symbol of the single voice they want to live and thrive in their nation with equality and respect which is possible only if their demand of Gorkhaland will be granted. They tried to disseminate their emotions towards the people and spread their sentiments through play cards and a banner stating they stand along with the people of Darjeeling and against the violations of human rights which are disrupting due to the police brutality and inhumanity.

It was motioned to be united among the Gorkha diaspora who live in the United States and scattered around the globe, but they are together for the common cause of Gorkhaland wherever they are. According to the sources, about 1200 people have sacrificed their lives for this same mission and they have been fighting for 110 years in the history demanding the independent state of their motherland India. Though they are considered as the migrated Nepalese, their ancestors already have spent the numerous years even many of them don't know which part of Nepal they belong from.

Gorkhaland is the dream of the West Bengal people of India.  The mission of the movement which carries the long history along with it.The demand of this separate Gorkhaland state has been raised since 1907 after the  Hillmen's Association in Darjeeling submitted a memorandum to Minto-Morley Reforms. After then different groups raised their voices. In the 1980s, Subhash Ghisingh raised the demand for the separate state called Gorkhaland within India to be carved out of the hills of Darjeeling and areas of Dooars and Siliguri Terai contiguous to Darjeeling.

The solidarity of the Darjeeling people around the globe is also in tribute the martyrs who lost their lives during the movement. People around the world who are in favor of humanity and against the violence have joined the hands together with them directly and indirectly. The own country is against its people making the blockage and letting the people live without internet and enough foods. It is against the humanity and violence of human rights. The Darjeeling, the beautiful place, and the attraction of tourists is in turmoil and inflicted by its own state and national leaders.

Seven agitators killed from recent violence,  several injured, human rights are mishandled, the voices have been suppressed, the protestors are arrested, the way of communications, internet and networks are blocked even the mainstream media are not covering the news to bring the truth to this world. This is the panic attack of human rights and it hurts not only the residence of that place but also the people who know what is going on and how the people are living with one-third of food.

This group in New York started their campaign to support the Gorkhaland and to be united toward this mission together in the world. They organized the candle lights for the condolences of the people who lost their lives in New York. On 30th Aug the people of Darjeeling who are scattered around the globe; marched in front of the United Nation worldwide. No attention has been paid to the foreign concerns so far yet though the livelihood of the people has been vicious due to rippling the important aspects of survival like basic foods, sanitation, supplies, education and other needs. I wish and pray for the people of Darjeeling and my support for the humanity and aspiration to the upcoming days stand along with their demand to let them live enjoying their human rights with respect, dignity, and equality. 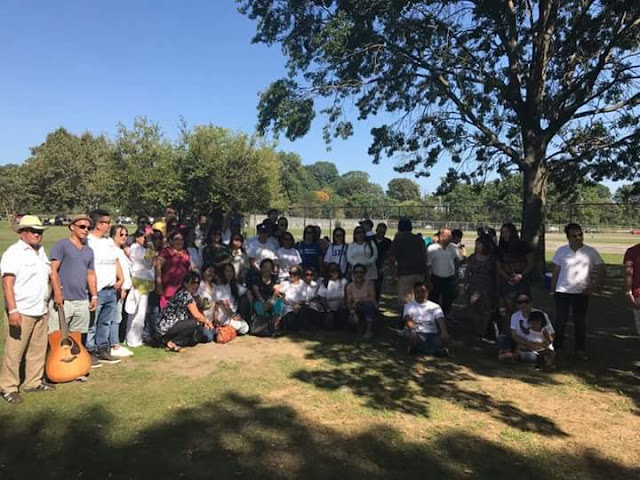