Bimal Gurung faction has released a press release denying Binay Tamang's  recent statement, claiming to be from GJM, that  Gorkha Janmukti Morcha has quit the NDA with BJP.

Here is the Press release:
A statement released by Binoy Tamang, the West Bengal government appointed GTA Chairman of the Board of Administrators, that Gorkha Janmukti Morcha has quit the National Democratic Alliance is ludicrous, and does not reflect the official GJM stand.

The Gorkha Janmukti Morcha has been a constituent of the NDA since 2009, and we will continue to remain an integral part of the NDA.

I request all our party members to forewarn the people, and let the public and media be aware that any statement made by Binay Tamang, claiming to be from GJM, should not be given any credence. He is a West Bengal government employee, and does not represent the people of Darjeeling, nor the Gorkha Janmukti Morcha. 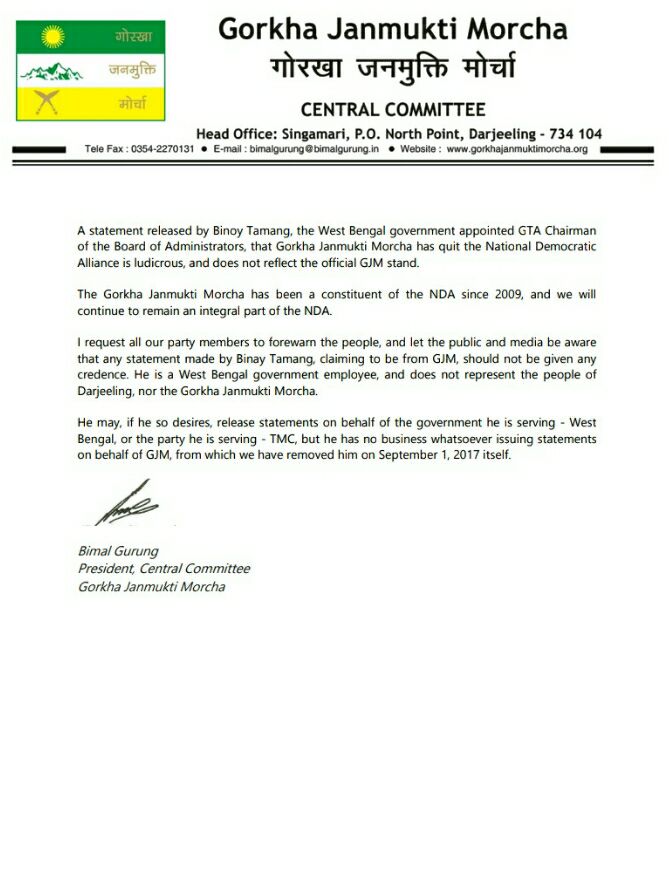