Bimal Gurung May be arrested any time soon

BREAKING :- Bimal Gurung May be arrested any time soon ...
Supreme Court dismisses Bimal Gurung’s plea to transfer cases outside West Bengal - The court also lifted the stay on his arrest.
The Supreme Court on Friday dismissed Gorkha Janmukti Morcha leader Bimal Gurung’s petition to transfer the cases against him outside West Bengal, and lifted the stay on his arrest, PTI reported. “It cannot be said to be a case of individual persecution by state,” the court observed.
Setback for Gorkha Janmukti Morcha leader BimalGurung: BimalGurung may be arrested anytime as SC lifts protection from arrest. Court also dismisses his plea to transfer his cases outside West Bengal.
"No case of individual persecution", says SC.
The court’s decision comes as a big boost to the West Bengal government, which has been seeking Gurung’s arrest since violence broke out in Darjeeling in June after Chief Minister Mamata Banerjee announced her decision to make Bengali compulsory in state-run schools. Though Banerjee had said that hill districts will be exempted from the rule, the GJM began an agitation that soon turned into a revival of the demand for a separate state of Gorkhaland.
Soon after, Gurung and a few of his aides went into hiding as the police had filed cases against them under the Unlawful Activities (Prevention) Act. The party too split after the Gurung-led faction insisted on continuing the shutdown in the hills, which crippled life in the region for months.
In January, Gurung told reporters in New Delhi that he was ready for talks with Mamata Banerjee and that his party was willing to negotiate and resolve the standoff with the state government and take the discussion on Gorkha identity forward.
Via TheDC 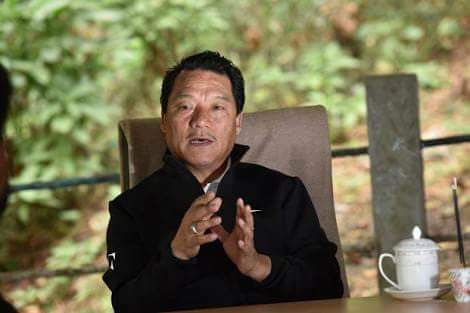