The entry of the Gorkhas and their settlement in Manipur can be traced to 1819 at the earliest. It is quite probable that some scattered Nepali families were already settled in Manipur before this date. Some scholars push back the history of the Gorkhas in Manipur to the beginning of the 16th Century. Lore also has it that the first Nepali came to Manipur at the beginning of the 10th Century. He married a Meitei girl called Kumbi, who belonged to the Mayang Heikong Ningol, a popular Manipuri clan. Since this man reared cows and buffaloes in the Khuti, or the goth (cowshed), his descendants are knowns as gotimayan. 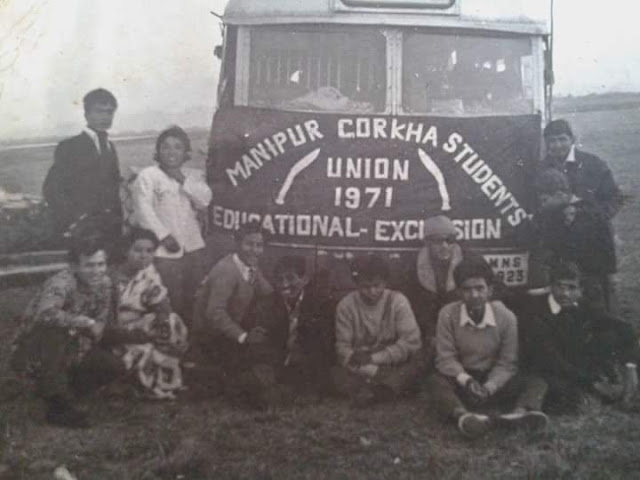 The first batch of Gorkhas came to Manipur during the time of Raja Gambhir Singh. In 1824, the Gorkhas of the 16th Sylhet Local Battalion, later to become the 8th Gorkha Rifles, were included in the Police Levy of Gambhir Singh. During the first quarter of the 19th Century, Manipur was much troubled by Burmese intruders and troops. To secure Manipur, Gambhir Singh raised an army in 1825 and recruited Gorkhas from Sylhet for it. The militia was named the ‘Victoria Paltan’. The nomenclature is a clear indication of the preponderance of Gorkhas in the army since the word paltan is a Nepali corruption of the English ‘platoon’. Having earned the trust of the British, Gorkha soldiers were detailed to protect all the Political Agents. They were also brought in as cooks, milkmen, traders and agriculturists. 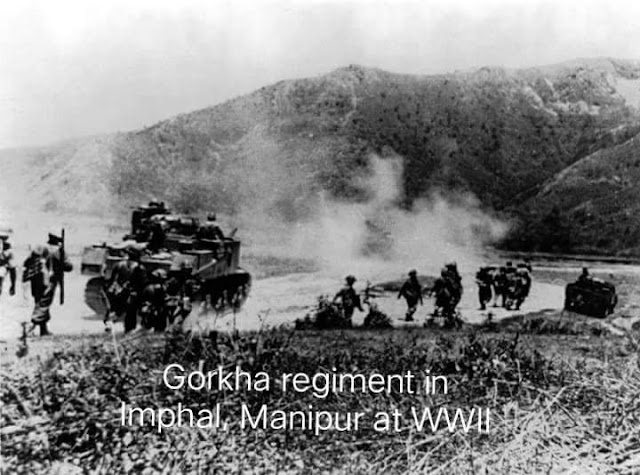 The number of Gorkha soldiers in Manipur increased when the East India Company moved the 23rd, 43rd and 44th battalions of the 8th Gorkha Rifles to Manipur around 1880. Later, according to the records of the Chief Commissioner of Assam, 400 Gorkha soldiers from Golaghat and 200 from Silchar were brought in. In 1891, more were relocated to the region from other places in Assam. Maharaja Chandrakriti’s reign too saw many Gorkhas coming in. 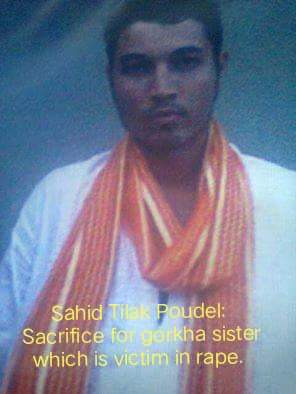 At the beginning of the 20th Century, Gorkhas were being recruited in the Assam Military Police, where 82 of them were posted at Tura in the Garo Hills Battalion, 730 were at Dibrugarh in the Lakhimpur Battalion, 331 at Kohima in the Naga Hills Battalion, 111 at Silchar in the Silchar Battalion, and 105 at Dhaka in the Dhaka Battalion. 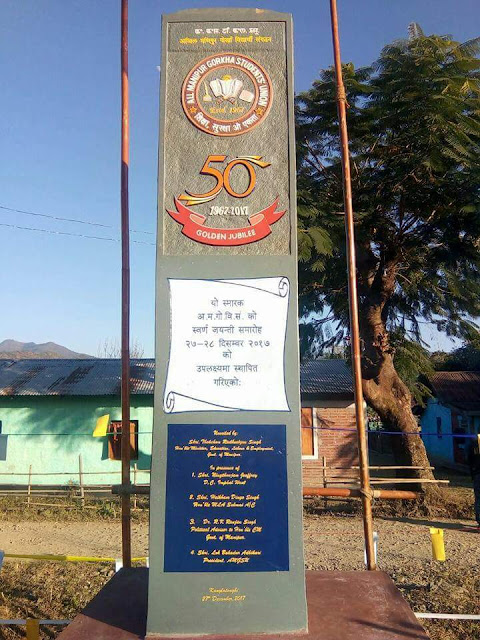 Almost all the Gorkhas who came to Manipur on active service settled there permanently after retirement. The British government allotted land to the personnel of the 4th Assam Rifles first in Thangmaiband and later in special colonies in Eroisembe, Chink, Tangri, Kalapahar, Torbung, Maram, Imphal, Irang and Kanglatombi. After 1945, many personnel from Subhas Chandra Bose’s INA also made Manipur their home.

The fact that Nepali literature’s first poetical work in print came from Manipur is proof that the Gorkhas were fully assimilated into Manipur society and its social pursuits by 1894, the year that Tulachand Alay wrote and published
Manipurko Sawai.