Darjeeling: A civil society group seeking separate development policies for hill states renewed its demand on Friday at a meeting in Darjeeling attended by representatives from 12 hill states.

The Integrated Mountain Initiative (IMI), floated in 2011, draws members from different walks of life including bureaucracy, politics, academicians and students among others. 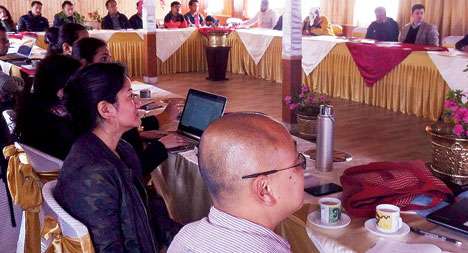 "We believe (government) policies do not really take into the account the realities in mountainous areas. The schemes are drawn up in Delhi and many of the schemes and policies are more suited for the plains," Fantry Mein Jaswal, secretary of the IMI, said after the meeting on Friday.

"Probably, (we need a) separate ministry for mountainous states or at least separate policies for hilly states," said Jaswal.

Some changes appear to be taking shape after the IMI's efforts. The ministry of environment, forests and climate change has now created a separate mountain division.

But more needs to be done, IMI representatives stressed and added that most chief ministers of these states had warmed up to the idea. "We have been holding annual summits since 2012 and have been working on different fronts," said Jaswal.

"The project will continue till March 2019 and an Indian Himalayan Region level compendium will be complied to look into these issues," said Praful Rao, president of the Darjeeling Himalayan Initiative (DHI).

"We had the first meeting in Darjeeling. Such consultative work will be held in all hill states," Rao added.