Darjeeling: Trinamul has decided to renew political activities in the hills following a directive from the leadership which believes normality has returned to the region.

The immediate reason is last week's Supreme Court judgment which rejected charges of bias in the probes against Bimal Gurung, cornering the Gorkha Janmukti Morcha leader further while he remains in hiding. 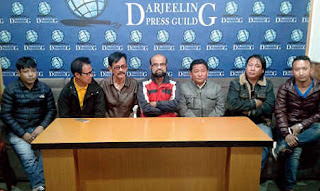 Shubhamoy Chatterjee, working president of Trinamul (hills), said on Monday: "Given the (turbulent) situation in the hills (earlier), we had been directed by the party leadership to remain inactive. We have now received directions from Calcutta to renew political activities in the hills afresh."

Trinamul had suffered as most of its supporters and many leaders resigned during the statehood agitation last year, preferring to lie low for 10 months.

The TMC leadership has, however, repeatedly stressed that it is not looking to expand its base at the cost of the hill-based Morcha or the Gorkha National Liberation Front