SNS, Darjeeling/Kurseong, 29 April 2018: The chairman of the Gorkhaland Territorial Administration (GTA) Board of Administrators, Binoy Tarnang, has put to rest speculations that a group of Rohingya Muslims may have found their way up to the Hills.

Two youth leaders of a national party and some other local leaders and political parties have been misleading the Hill people by highlighting the Rohingyas in a wrong way for their own vested interests and keeping in mind the upcoming 2015 parliamentary elections," he said at a programme in Kurseong yesterday.

A video showing a group of Muslims getting down from a bus in Kalimpong had gone viral very recently, fuelling speculations that they may be Rohingya refugees.

Fugitive leader of the Gorkha Jan Mukti Morcha (GJMM) Bimal Gurung had alleged that the state government may have been trying to have Rohiugyas settled down in the region, while leader of the Akhil Bharatiya Gorkha League, Pratap Khati had written to the Kalmpong District Magistrate and the Superintendent of Police, urging them to look into the matter.

"The people who have reached Kalimpong are actually Indian citizens and students from a polytechnic college in Kolkata who have come to visit the place." Mr. Tamang said, adding that as the GTA chairman,he has been monitoring the issue seriously.

According to him, he will leave the GTA if anybody provides him proof of even a single camp of Rohingyas in Darjeeling Hills.

Mr. Tamang also issued a press release today and said that the rumours were the handiwork of political parties outside Darjeeling, which have set their eyes on the 2019 Lok Sabha elections.

"This is a ploy of parties outside Darjeeling to destabilize the Hills that are gradually getting back to normal (after last year's violent Gorkhaland agitation), while these parties have set their eyes on the 2019 general elections and are trying to take political mileage by spreading violence again." Mr Tamang said. He further urged all the Hill people to ignore such false campaign and rumours and keep intact Darjeeling unity and communal harmony. 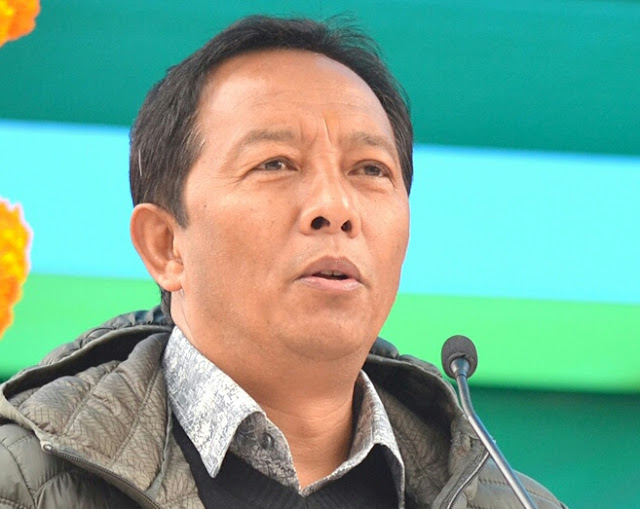