In terms of migrants and immigrants, it is well acknowledged that due to the open border policy shared between India and Nepal, people from both the nations have emigrated from one nation to the other.

While immigration has continued freely post Independence, what majority of the people in India fail to realize is that prior to the British invading various parts of India, Nepalis were already living in across the length and breadth of India. Places like Darjeeling, parts of Sikkim, Kangra, and Garhwal were actually parts of Nepal until 1816 when these tracts of lands were handed over to the British. The land which were usurped by the British also contained a healthy population of Indigenous Nepali speaking population – today these people who did not cross the border, but for whom the borders crossed them back in 1816, are recognized as GORKHAS in the Indian context.

The term "Gorkha" is used in India to identify the Indian citizens of Nepali ethnicity including the indigenous Lepchas and Bhutias (in the Darjeeling and Sikkim context), from the citizens of Nepal who are referred to as "Nepalese."

Due to Indo- Nepal Treaty of Peace and Friendship, 1950 (INFT) – the term "illegal immigrants" does not apply to people from Nepal entering India or Indian citizens entering Nepal. Every Indian citizen who moves to Nepal or every Nepali who moves to India does so legally and is protected by the INFT of 1950.

Article 6: Each Government undertakes, in token of the neighborly friendship between India and Nepal, to give to the nationals of the other, in its territory, national treatment with regard to participation in industrial and economic development of such territory and to the grant of concessions and contracts, relating to such development. Article 7: The Governments of India and Nepal agree to grant, on a reciprocal basis, to the nationals of one country in the territories of the other the same privileges in the matter of residence, ownership of property, participation in trade and commerce, movement and other privileges of a similar nature.

Sadly it is these two clauses which were written to safeguard citizens from India and Nepal in each other's country, which creates misunderstanding and problem for Indian Gorkhas.

Most of the people across India naturally assume that all "Nepalis" are from Nepal, and start calling us "foreigners," "immigrants," and "outsiders" in various parts of India, and particularly so whenever we have demanded our rights to a separate state – Gorkhaland here in Darjeeling. 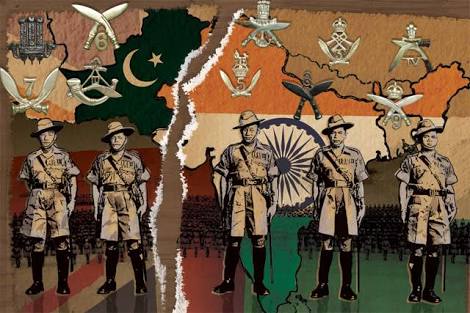