Gorkha National Liberation Front President Mann Ghisingh on Sunday asked his party leaders and members not to get stuck on the Hill Area Development Committee (HADC), maintaining that they should now move forward for the demand of the Sixth Schedule. This was said by Ghisingh at his party office in Dr. Zakir Hussain road where the flag of the Gorkha Rashtriya Ex-Servicmen was unveiled.

“We have to take forward the demand of Sixth Schedule visibly, in the eyes of the people and not get stuck with the HADC. Some time ago, some people were disappointed with this committee due to our decision to participate in the HADC that has been formeed by the West Bengal government,  but the main issue of our party is the Sixth Schedule and it is necessary to go to rural areas to make people understand the importance of the Sixth Scheduled.  We must make the people understand it in whichever way it is possible; be it putting up posters or making them hear the speeches of my father (the late GNLF president Subash Ghisingh). We must make the people aware of this issue,” he said.

Subash Ghisingh while chairing the Darjeeling Gorkha Hill Council had realized that the council formed under an act of the West Bengal government did not enjoy sufficient powers and the real autonomy for the hill council could be achieved only if it was constituted under the Sixth Schedule of the Constitution.
The GNLF president also spoke on the political relationship that the party had maintained with the state government adding that though they were were continuing with it the party also needed the mandate of the people.

“The party leaders should go to different villages and increase their contact with the people and convince them. The primary issue of our part is 6th schedule and our second issue is the development of the villages,” said Ghisingh.

He claimed that the last hope for the people in the hills, Terrai and the Dooars was the GNLF.

The GNLF will soon call a meeting to chalk out the future
programmes of the party to take forward these issues. 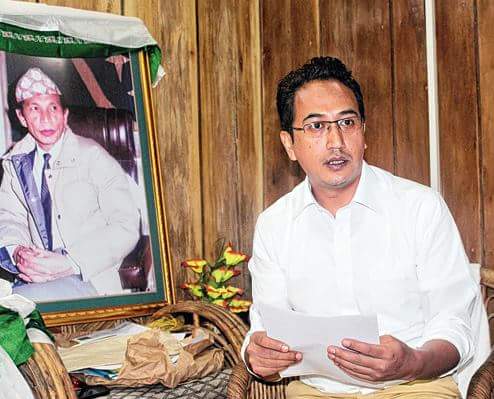