"They said fight and many lost their lives leaving families devastated. We lost our dignity; lost the battle and sold our soul, yet we denied. Time and again we hated the policies and the dividing intention of Mamta Government, when in fact the problem was always with us.

Then again they sponsored us to celebrate through different medium. Celebrate our defeat. They said sing and we sang; dance and we danced. Our soul has completely eroded, emotions out of our reach, we don't even feel and influence on the direction that seems shiny and decorated and yet we talk about achieving our goal.

Listen to the voices of hills. Your smiles are fake. You have lost your voice and the act is just insanity manifesting itself.

When are we going to learn to honor the sacrifices made by people who died for us?

People, hear the voice of hills, she is still mourning."

[In pic: The tender fingers of the youngest daughter of Barun Bhujel affectionately touch her father's face. Barun Bhujel, a ward commissioner and Gorkhaland supporter died, while in the custody of West Bengal Police] 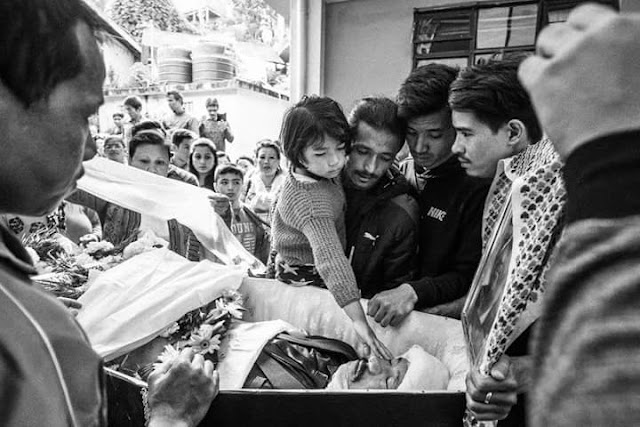