To celebrate the 204th Bhanu Jayanti, Gorkha Students’ Union Dimapur (GSUD) organized a program on Friday, at Dimapur Town Hall under the theme, “Our culture our identity”, in which 22 Gorkha units from different parts of Dimapur participated.

Speaking at the program, PDA minister of state Nagaland, Sashank Ghatraj lauded GSUD for their contribution to the community.
He asked the community to encourage the youth saying that the youth should be encouraged and guided since they were the pillars and the future of society. He also encouraged the students to be responsible in their duties and to work hard with determination. He also spoke about the importance of the Nepali language, which is also one of the official languages, saying that it should be learned by the community to be used verbally and in writing.
He asked them to stay in unity with the Nagas and also asked the gathering to learn to live in peace and harmony.
DGU chairman Kumar Subba highlighted the contributions of Bhanu Bhakt Acharya. A short speech was also delivered by Mirmire Kanchanjung Sikkim, editor, Heman Giri who was the guest speaker of the program. Renowned poet, writer & social engineer Chakrapani Bhattarai and founding member of Dimapur Gorkha union, Tikaram Dhakal were the special invitees.
Among the program highlights were the lightning of the lamp, felicitation of HSLC and HSSLC successful candidates 2018, poem recitation and cultural shows etc.
Further, the program also featured a second session where an extempore speech competition, solo dance, group dance and duet dance were presented by various individuals and groups that enthralled the gathering.
Earlier, an invocation prayer was pronounced by NBF, Razhaphe pastor Suresh Sundas and later vote of thanks was delivered by GSUD general secretary Anand Gurung. 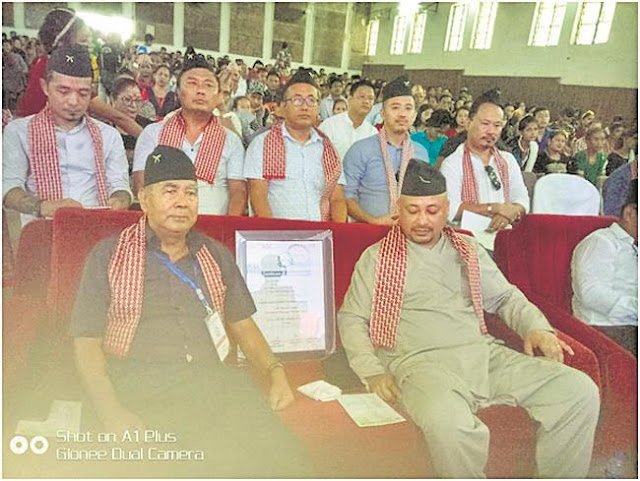