Tamang made the announcement at a GTA event to mark the 204th birth anniversary of Nepali poet Bhanubhakta Acharya here and said the varsity would be located at Mungpoo, 30km from Darjeeling town. The choice of Mungpoo has special significance: it is the place where Rabindranath Tagore stayed in the hills. It is now home to cinchona plantations.

"Chief minister Mamata Banerjee spoke to me (on Thursday). She told us she would lay the foundation of the state university in Mungpoo when she visits the hills next month," Tamang said on Friday.

The demand for a separate university has been an old one. The Tamang-led Gorkha Janmukti Morcha has long sought one. "The central university never came through but we are confident the state university will be functional from 2020," Tamang said.

EOI: Gorkhaland Territorial Adminstration chairman Binoy Tamang on Friday on the occasion of the Bhanubhakta Puruskar programme revealed the decision of the West Bengal government to set up a state university in Mungpo in Darjeeling.
Mungpo, incidentally, is full of memories of Rabindranath Tagore.
Tamang said he had a discussion with Chief Minister Mamata Banerjee on the sidelines of the Tea Advisory Council (TAC) meeting at Uttarkanya in Siliguri on Thursday with the demand that was first raised by the Gorkha Janmukti Morcha GJM after its formation in 2007. “Today is not the right forum, but still I would like to share good news with the people of the hills. I had a meeting with the Bengal CM on Thursday and raised the issue of a Central university for the hills, which has been a long standing demand. Ten years have gone but those who had raised it (in reference to his predecessor Bimal Gurung)
failed to achieve anything. But today I would like to announce that within a month the Chief Minister will be in the hills to lay the foundation stone for a state university in Mungpo,” Tamang said.
After the 104-day agitation and strike were withdrawn in September 27, 2017, the Bengal Chief Minister during a state function had announced that a state university would be established in the hills. She had directed the district administration to identify the land where the university would come up. “The issue of land was taken up during review meetings with the state government, district administration and the GTA. The Darjeeling district administration had identified a land in Mungpo where the state university will be set-up,” Tamang said in the presence of the Darjeeling district magistrate.
GJM under Gurung had raised, among other demands, the issue of establishing a Central
university in the hills with the BJP-led Central government. GJM had also requested Darjeeling M.P. Jaswant Singh (in 2009) and S.S. Ahluwalia(2014) to take up the issue with the BJP top brass and the Central government but nothing concrete has materialized yet.
For higher education, students from the hills students have either to go to the North Bengal University  in Siliguri or to other cities incurring additional expenses and inconveniences to parents. 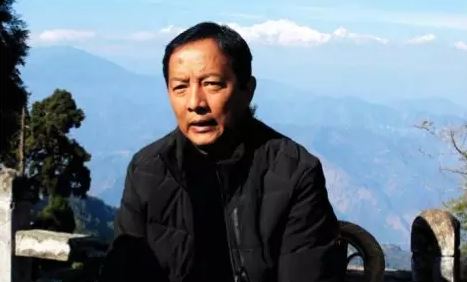