Amitava Banerjee | MP |Darjeeling: Debate over whether the class 12 student was coerced by the "Momo" game to commit suicide raged in the Hills. 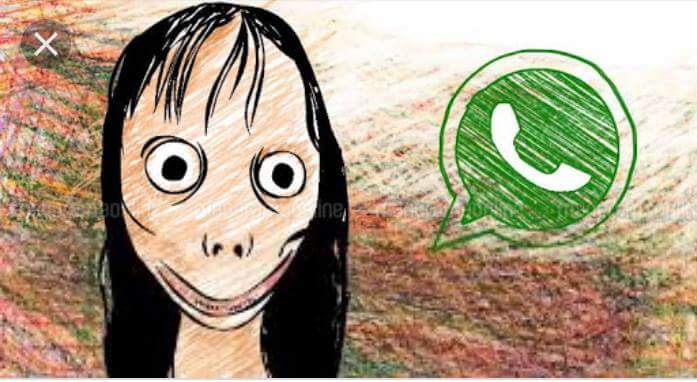 On August 20, an 18-year-old student Manish Sarki went missing in his hometown —Kurseong. Sarki was a Class 12 commerce student. When Manish did not return home until 9 pm, his anxious parents and neighbours launched a search operation for him. Later, he was found hanging inside a pig sty located at St. Mary's Hill in Kurseong.

On the walls of the pig sty, there were symbols and words spray painted such as — 'Illuminati' 'Doped', 'Hanged Man' and the name of a girl. "My son is a victim of the 'Momo game.' He was an obedient boy and good in studies. He would stay indoors most of the time and used to spend a lot of time playing games on his cell phone. I have lost my son," stated Chandramaya Sarki, mother of the deceased.

Arvin Ghatani, a friend of the deceased also feels the same. "Manish used to play a lot of internet games specially on social media sites. The symbols and the images found on the walls of the pig sty also appear on the Momo game app," stated Ghatani.

"We did not recover any suicide note. The cell phone belonging to the deceased will be examined by cyber experts. Following this, it can be ascertained whether the death was prompted by the suicide game," stated Harikrishna Pai, Additional Superintendent of Police, Kurseong