Rifleman Nehal Gurung laid down his life in the line of duty in Keran sector, Jammu & Kashmir in an landmine explosion near Line of Control (LOC) on Saturday. In the other explosion, a soldier identified as Abhishek Chetri sustained multiple splinter injuries and has been hospitalised. 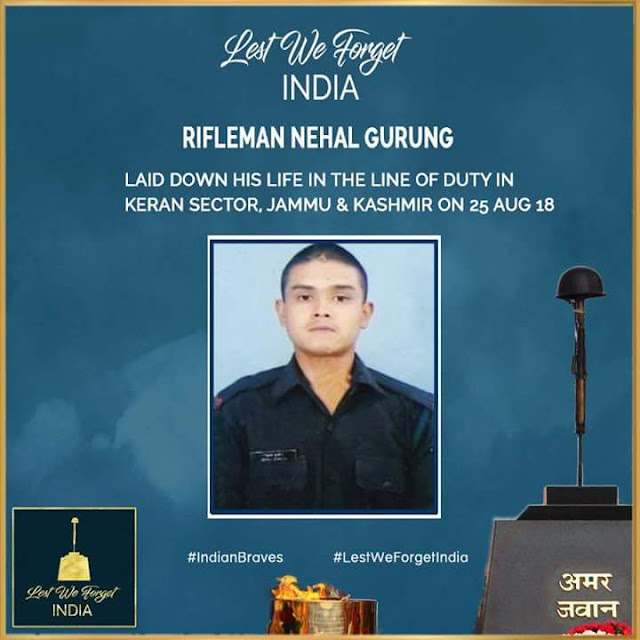 On 25th of August 2018, Nehal and his platoon were on a routine patrol, when an IED blast caused him grievous injuries. He was immediately evacuated to Srinagar, but sadly he couldn’t be saved.

According to the official a landmine blast took place near Balbir Post in Keran sector in the early morning today when army men were conducting routine patrol. In the blast, Rifleman Nehal Gurung sustained critical injuries and was evacuated to army hospital in Srinagar, where he succumbed to injuries.

Army has planted landmines at several places along the LoC to prevent infiltration of militants and Border Action Team (BAT) attacks by Pakistani troops. Meanwhile, a Special Police Officer (SPO) of Jammu and Kashmir Police posted at Police Station Shopian in south Kashmir fled from the police station along with an AK-47 rifle today.