BJP Rajya Sabha MP Dr Subramanian Swamy has called for BJP to fulfill their promise, and to keep Gorkhaland as number one priority.

He tweeted, "Time for the BJP to start looking at our 2014-to date the party’s organisational culture. In many. States we had made promises we could not keep. Gorkhaland is top priority. Must make it a Union Territory as promised.' 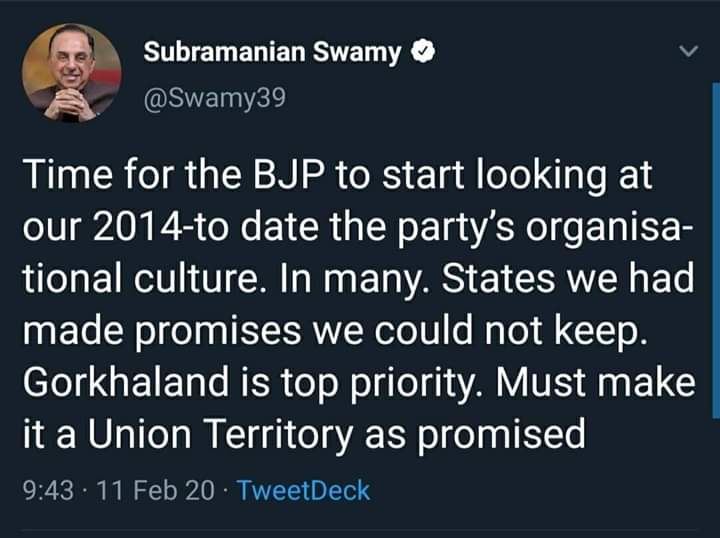 One of the readers Vishal Singh questioned  "Sir its neccessary to make gorkhaland????" (sic)

He responded with, "We should not have promised and got elected BJP MPs from Darjeeling."

Another reader, Zaid Ahemad asked, "Sir , If BJP makes Gorkhaland then whatever it has in Bengal will vanish !" (sic)

Dr Swamy wrote, "Gorkhaland is not being given to Pakistan. It will be still part of India like Bengal."