Home > Opinion > AWAITING MY SALVATION: Autobiography of a Gorkhaland Martyr

AWAITING MY SALVATION: Autobiography of a Gorkhaland Martyr

I reached Martyrdom when I chose death over escape. I was defending the dreams and aspirations of our people, even at the cost of a violent death. So when the bullets actually left the barrel, I didn't run, I thought that my death would unite our people, and that would lead to us breaking free from the chains of sufferings and the oppression for once and for all. 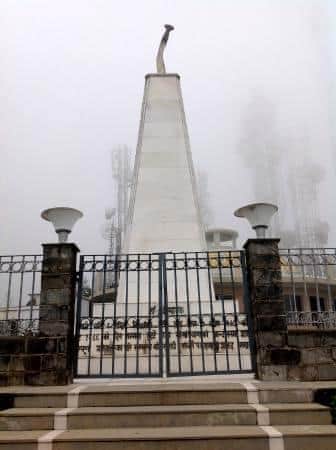 It’s been 30 years since then.

They have built a Memorial for Martyrs like me. I find people coming here only on this day, with candles, khadas, flowers. They have put up flags, banners, posters, apparently for the souls who died for their homeland. They even wet their eyes, and pray for our well being but with a cold heart.

I find no warmth in them.

30 years since I died, but when I look around, I find that not much has changed in my beloved land.

The roads are still dusty and tattered, tea estates workers are still denied adequate wages, unemployment is still acutely high, no Central University, water crisis, improper drainage system, and the political turmoil still looms large and uncertainties surrounding my community and its future has become bleaker.
And I ask to myself, did I do the right thing??

But what amazes me is their spiel, under such pitiable slough of the Hills also, they don’t forget to pat their backs and reminisce our heorism and bravery, they want us to believe that they have not forgotten us.

They say today is a Shahid Diwas. So we are remembered today.

When I look around me, I see the genial face of a war veteran, a professor, a footballer, a writer, a poet, a musician, a student and many more, all engulfed in a fire burning deep in them. But all of them have become silent and put up a smile for unknown reasons. They are disappointed but satisfied. I find them being more courteous before doing something, more polite before saying something, and careful before demanding Gorkhaland. I don’t understand what had made them change over time???

Maybe its due to the two failed agitation or the strikes that had stopped the development of our Hills, or due to the Pipers song that they have started tuning to, that has strategically silenced everyone.

But I fear the noises that I have ignored for many years, I have heard the "Souls of the Hills," whispering to each other that I haven’t paid much attention to.

Sometimes I have heard them say that the half-lived life that the people of the Hills live, uplifting and inspiring each other is, in fact, living like a dead without a corpse.

People like us keep on sacrificing our lives for the sake of Gorkhaland, yet many keep telling me that 'Gorkhaland has now been compromised forever,' but I refuse to believe them.

Sometimes I feel like escaping from you all, but where would I go??? I died for these lands, and now I am bound to it.

My salvation is only possible when the suitcases come to the Hills with the papers of Gorkhaland and not with something else.

I have faith in my people. They will bring my Salvation, hopefully, sooner than most would think possible.