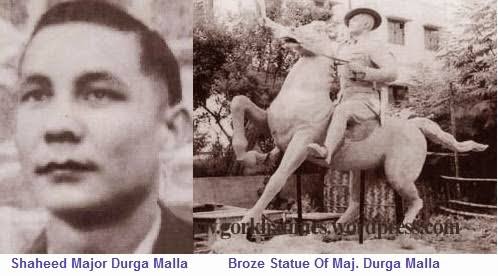 6:59 PM
•
gorkhas in Nagaland
Dimapur | March 21 Gorkha Union Darogapathar with its motto “Prosper Through Unity” has been recognized as a unit of Dimapur Gorkha Union (DGU), an apex body for the Gorkhas of Dimapur District.

The recognition programme was held on March 19 at Government Middle School Darogapathar, Dimapur. The main speaker was President of DGU Kumar Subba who declared the Gorkha Union Darogapathar as the 22nd unit of Dimapur Gorkha Union.

Pastor, Jiwan Chamling of G.C.C, Darogapathar pronounced the invocation during the programme which was chaired by Jeet Badhur Bariely.

10:17 AM
•
northeast gorkhas
Dimapur, August 29: Dimapur Gorkha Union and Gorkha Students Union Dimapur in collaboration with Dimapur Municipal Council, Dimapur District Hospital and Dimul Private Limited today organized a blood donation campaign here in the premise of Dimapur District Hospital in commemoration of the 71st Martyr's day of the 'first Gorkha martyr' Major Durga Malla.
Blood Bank Dimapur in-charge Dr. Temsu, while appreciating the campaign said the blood bank belongs to the public and people should know that, and if it happens to be closed down, there will be suffering, and thus people should come ahead and play their part to keep it available.

He also explained to the donors, who could be seen sitting in school uniforms that they should at least be 18 years and weigh 45 kilograms to be eligible to donate blood, and remarked in a lighter mood that donating blood will make them immune of every disease while the donors laughed at the possible metaphor.

This was the fifth consecutive year that the union was involved in such a blood donation campaign. The number of units donated this year at the end of the day was 101 units.

The Sports Meet was graced by Om Prakash Sethi, President Marwari Samaj as chief guest on July 30 and lauded the effort to unite youth of Dimapur, through sports by GSUD. The meet was concluded in presence of T Rio, former DMC Member and social worker as Guest of honour. Special guest of the event were Bishnu Bhattacharjee, President Minority Wing (NPF), DGU president Kumar Subba and Teju Pradhan Head GB Singrijan. T Rio appreciated the youth fraternity and encouraged women players in his address and said Sports and culture is the best way to unite all and Youth should come forward to build a beautiful cosmopolitan city Dimapur with constructive ideas.The motto of the Annual Summer Sports Meet 2015 is ‘”Unity through Sports” where 15 unit of GSUD of Dimapur District participated.
GSUD Daragapathar became Champion in Boys Football event followed by model village as runners up. In Women group, Singrijan Gorkha Students became winner in Volleyball event and runners up were GSUD, Khuda Village. The Prize Distribution and certificates were conferred by Minority Wing President Bhattacharjee and DGSU President Kumar Subba with the team of GSUD President Sunil Limbu and office bearers.

11:38 AM
•
gorkhas in Nagaland
Gorkha community in Nagaland was urged to come together and support each other to progress in unity during 201st Bhanu Jayanti celebration, Sunday at town hall, Dimapur.

Addressing hundreds of Gorkhas in the celebration, chief guest Dimapur Gorkha Union (DGU) chairman Kumar Subba said it was imperative for the community to maintain their identity and cooperate so that they could grow along with the rest of the communities in Nagaland.

Stressing on promoting and retaining the culture and traditions of Gorkha community, Subba urged the Gorkhas to interact with each other in their own mother tongue. He also briefed the gathering about the life of Bhanu Bhakta Acharya.

He also encouraged the participants to take part in all social, cultural and religious activities in-order to contribute towards nation building.

Delivering a speech, GYCD president Shiva Kumar B.K. asked the students to stay united, work hard and support one another and set an example for other communities to emulate.

Other invitees including Muslim Council Dimapur (MCD) president, Jain Samaj president and Bhojpuri president also spoke at the programme and extended their support towards GYCD.
The programme followed lighting of the lamp and cultural programme where songs and dances were presented from various bands and artists enthralling the crowds.

12:42 PM
•
GSUD
A government employee (peon-cum- carpenter helper) was hacked to death by another colleague at PWD office, Housing Division-I, Dimapur on Saturday. 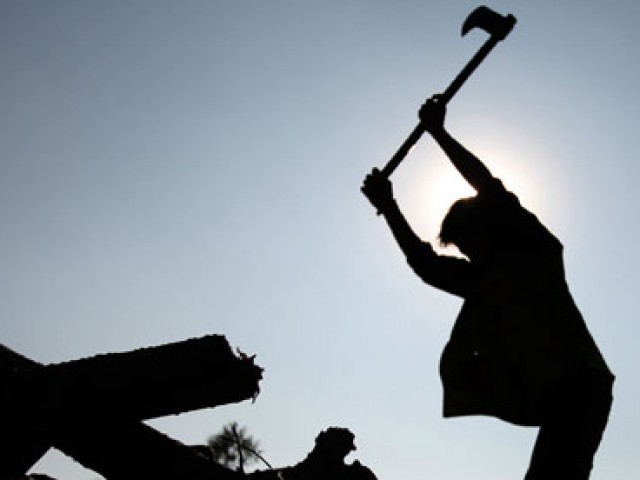 The deceased identified as Khrishna Bahadur (55), son of late Chobilal and a resident of  Lotha colony, Dimapur died on the spot after he was hacked to death from behind with a machete by the accused, Anil Sharma(40), son of late Enadev Sharma and resident of Lotha colony at around 9.30 a.m. outside the office.

The accused is also a carpenter helper at PWD housing division-1 surrendered himself at West police station around 10.05 a.m. At a funeral service, staff and officers said Anil Sharma appeared mentally disturbed since the past few days.

In a statement, Dimapur police PRO informed that the accused surrendered at West Police station. A case has been registered and circumstances leading to such action are being enquired into, PRO stated.

In a press release, DGU Disciplinary Action Committee chairman Dipak Lama said the tragic incident occurred when the deceased was opening the collapsible gate of the SDO-I Housing PWD office, and the Anil Kumar attacked with a machete (Dao) in the neck and the deceased died on the spot.

DGU said the deceased survived by his wife Dil Kumari Sharma, one son and two daughters all in their teens.

DGU has appealed to the authorities to award the severest punishment on the accused as per the law of the land and not to grant bail under any circumstances.
It pointed out that the deceased was the sole bread earner of the family and was looking after his school and college going children. The tragic death has left the family members in great hardship, it added.

Lama further appealed to the Gorkhas to maintain peace and tranquility and not to communalize the incident. DGU also appealed to the state government to grant ex-gratia to the bereaved family and also appoint one of the children on compassionate ground, if the deceased was murdered on duty
The union also thanked Lotha Hoho general secretary R. Ezung, chairman Lotha colony and GB for the support and solidarity to the bereaved family.

GSUD condemns murder
Gorkha Students Union Dimapur (GSUD) has vehemently condemned the cold blooded murder of Krishna Bahadur Sharma, a grade IV employee under SDO I, Housing Division, PWD department by Anil Kumar Sharma. In a press note GSUD president, Sunil Limbu has appealed to the administration, police and judiciary to book the culprit and award the severest punishment as per the law of the land and not to grant bail under any circumstances. GSUD said with the demise of Krishna, the sole bread earner of the family who looks after his school and college going children, has left the family members in great hardship. GSUD has conveyed deepest condolences to the bereaved family members and prayed to Lord Almighty to grant them strength. The union has also appealed to the state Government to grant ex-gratia to the bereaved family and also appoint one of the children on compassionate ground.

Further, Dimapur has been chosen because of the feasibility in connectivity with the other states.

Pointing out that though the Constitution of India gave recognition to Nepali language in the Eighth Schedule, PRO further said much knowledge is not known in the area of literary. He said the literary symposium aspires to give recognition and awareness.

The programme would felicitate Late. Hariprasad Gorkha Rai and others from the field of administration, education, social and politics. Delegates from Meghalaya, Manipur, Arunachal Pradesh, Tripura, Mizoram, Sikkim and Darjeeling would be attending the programme.

The programme is organized by Mir Mirey Kanchanjunga, Weekly Journal of Sikkim in collaboration with the North Eastern Nepali Writers, Poets & Journalists.

The programme would be graced by Editor Nagaland Post Geoffrey Yaden and Chief Executive Gorkha Development Council, Government of Assam, Arun Upadhyaya as guest of honour and chief guest respectively.