The president of the Gorkha National Liberation Front in a press release today termed the traditional dress of the Nepali community as the the official dress of Nepal, eliciting criticism from all hill parties.

GNLF president Mann Ghisingh stated in the statement in Nepali: "The Darjeeling hills has failed to recognize its own land (that would have come through the inclusion of the area in the Sixth Schedule of the Constitution). Everybody became fools not to understand the Gorkha's own land and the Gorkha Hill Council. They started going to Delhi and Calcutta wearing the official dress of Nepal."

Mann's statement did not explain who the "they" referred to.

Many hill leaders have worn the traditional daura sural and chowbandi choli to meet state-level and central leaders on many occasions. Few years ago, the Morcha had issued a diktat making it compulsory for hill people to wear the attire for a month. Following backlash, it had removed the mandatory tag on the order.

"After having scored two major political victories, on August 22 and August 23, 1988, a third major political victory had been achieved by signing the tripartite agreement on December 6, 2005, to form the Gorkha Hill Council, that would have carried the distinct identity of the Indian Gorkhas," the signed statement reads.

The new council under the Sixth Schedule was to be named Gorkha Hill Council.

On August 22, 1988, the Darjeeling Gorkha Hill Council accord was signed and the next day, the Centre had issued a notification stating that all those living in India before 1950 were Indian citizens.

The GNLF is of the opinion that the citizenship issue of Gorkhas in India was clarified by the notification.

The GNLF's statement terming the traditional dress of daura sural and chowbandi choli as the official dress of Nepal has surprised others.

Even ABGL and CPRM, allies of the GNLF in the newly-constituted Democratic Front, criticised the statement.

"This is not a correct statement. I hope the GNLF will ponder over the statement and rectify it," said Pratap Khati, general secretary of ABGL.

Govind Chhetri, spokesman of the CPRM, said: "The GNLF must retract and apologise for hurting the sentiments of the Indian Gorkhas."

Mann did not take calls today. Biren Lama, a central committee member of GNLF, said: "I don't think this is a controversial statement."

Towards the end of the press release, GNLF warns that the "Central and State Government will be responsible for any political instability in the future, and anything on toward happens in Darjeeling in the future."

6:27 PM
•
sports news
Amar Bahadur Gurung was born at Dehradun UK to Mr. and Mrs. Attar Singh Gurung in 18 April 1942 in Dehradun, Amar Bahadur studied at the Gorkha Military School. He joined the 4/8 Gorkha Rifles in 1960 and quit Army service in 1967 to play for Mafatlal (Mumbai).
Achievements
He scored against Japan in the crucial match of the 1970 Bangkok Asian Games. India won 1-0 to secure the bronze medal in football. " He received an excellent cross from Manjeet Singh from the right flank to score the winning goal." He holds the distinction of being the only player from Dehradun to be awarded Maharashtra's highest sporting honour, the Chhatrapati Shivaji Award, in 1973.He was a regular member of the Indian football team in the mid-60s and early 70.
1966, 69 he was the part of Gorkha Brigade Champions ( Durand Cup. )
1968 Teheran Asia Cup Qualifiers:
1969 ,1970 and 1970 Merdeka Cup:
1970 Bankok Asian Game ( Bronze Medal )
1971 Singapore Pesta Sukan Cup.

"My best goal is the one that I scored against Japan in the crucial match of the 1970 Bangkok Asian Games. India won 1-0 to secure the bronze medal in football."

Recalling this glorious moment for Indian football, Amar Bahadur adds, "I received an excellent cross from Manjeet Singh from the right flank to score the winning goal."

However the goal has left some bitter memories for Amar Bahadur because he was not given the credit for it as reports in Indian newspapers flashed the name of Manjeet Singh as the scorer. Even today, the record books mention the name of Manjeet Singh. So Amar Bahadur remains an unsung hero in India despite his historic performance in Bangkok. Incidentally, this was the goal that gave India its last football medal in an international competition.

Another Gorkha  legend of the game Shyam Thapa says, "I was also a member of the Bangkok Asian Games football squad. Amar Bahadur scored the winning goal and it is sad that Manjeet is given credit for the goal."

With inputs from uttaranchal.org.uk and Amar Bahadur Gurung FB page

7:22 PM
•
sports news
Suspended cricketer Ajit Chandila and two others, arrested for their alleged involvement in the Indian Premier League (IPL) spot-fixing scandal, were on Monday granted bail by a Delhi court which said there were some "missing links" in the prosecution's case. 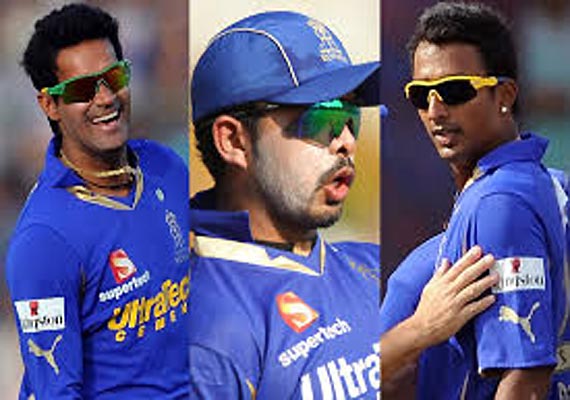 5:21 PM
•
India Live news
Taj Mahal as we know was built by Mughal emperor Shah Jahan in memory of his third wife, Mumtaz Mahal.Recognized as the jewel of Muslim art in India Taj Mahal bacame the UNESCO World Heritage Site in  1983.

The Taj Mahal controversies are about the origin of this magnificent seven-storeyed monument. Was the monument erected during 1631-53 AD? Who was its architect? How is the style related to other Mughal buildings? 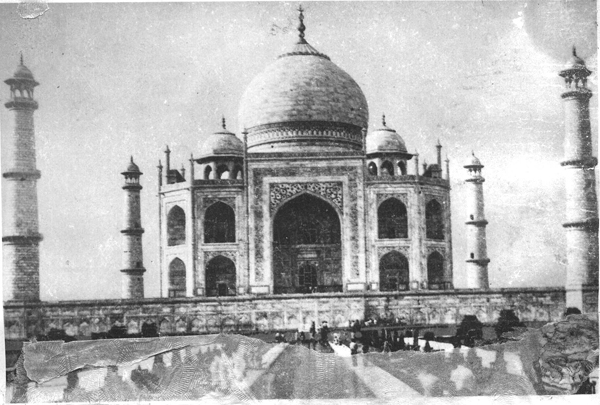 'The usual explanation that the term Taj Mahal derives from Mumtaz Mahal is illogical in at least two respects. Firstly, her name was never Mumtaz Mahal but Mumtaz-ul-Zamani,' he writes. 'Secondly, one cannot omit the first three letters from a woman's name to derive the remainder as the name for the building.'

In his book Taj Mahal: The True Story, Oak claims that the Taj Mahal was originally a Shiva temple and a Rajput palace named Tejo Mahal seized by Shah Jahan and adopted as a tomb. He says that Mahal is a word to describe a royal palace and not a tomb and after seizure by Shah Jahan, the name was changed to Taj Mahal.Further,

Oak says that well known western authorities on architecture like E.B. Havell, Mrs. Kenoyer and Sir W.W.Hunter have gone on record to say that the Taj Mahal is built in the Hindu temple style.

In support of these claims, Oak presents carbon dating results of the wood from the riverside doorway of the Taj, quotes from European travellers' accounts and the Taj's Hindu architectural features. Oak further alleges that eyewitness accounts of the Taj Mahal's construction as well as Shah Jahan's construction orders and voluminous financial records are elaborate frauds meant to hide its Hindu origin.

Shivalingam or other temple remains were hidden in them.

In 2000 India's Supreme Court dismissed Oak's petition to declare that a Hindu king had built the Taj Mahal saying he had a "bee in his bonnet" about the Taj. In 2005 a similar petition was dismissed by the Allahabad High Court. This case was brought by Amar Nath Mishra, a social worker and preacher who says that the Taj Mahal was built by the Hindu King Parmar Dev in 1196.

A Sanskrit inscription too supports the conclusion that the Taj originated as a Shiva temple. Wrongly termed as the Bateshwar inscription (currently preserved on the top floor of the Lucknow museum), it refers to the raising of a "crystal white Shiva temple so alluring that Lord Shiva once enshrined in it decided never to return to Mount Kailash his usual abode". That inscription dated 1155 A.D. was removed from the Tajmahal garden at Shahjahan's orders. Historicians and Archeaologists have blundered in terming the insription the `Bateshwar inscription' when the record doesn't say that it was found by Bateshwar. It ought, in fact, to be called `The Tejomahalaya inscription' because it was originally installed in the Taj garden before it was uprooted and cast away at Shahjahan's command.

A clue to the tampering by Shahjahan is found on pages 216-217, vol. 4, of Archealogiical Survey of India Reports (published 1874) stating that a "great square black balistic pillar which, with the base and capital of another pillar....now in the grounds of Agra,...it is well known, once stood in the garden of Tajmahal".

Far from the building of the Taj, Shahjahan disfigured it with black koranic lettering and heavily robbed it of its Sanskrit inscription, several idols and two huge stone elephants extending their trunks in a welcome arch over the gateway where visitors these days buy entry tickets. An Englishman, Thomas Twinning, records (pg.191 of his book "Travels in India A Hundred Years ago") that in November 1794 "I arrived at the high walls which enclose the Taj-e-Mahal and its circumjacent buildings. I here got out of the palanquine and.....mounted a short flight of steps leading to a beautiful portal which formed the centre of this side of the `COURT OF ELEPHANTS" as the great area was called."

Some Controversal Photos of Taj Mahal :

1.)If something called Tejo Mahal already existed before Taj it should have been famous already.
2.)If this was done to a hindu temple, Indian History should have a witness to an historical riot against this action which is not found in the records.
3.)What were the indian people or better say the hindus doing for 22 years when "Tejo Mahal" a hindu temple was being transformed into a tomb of a muslim queen
4.)The architecture is purely islamic.

The only way to really validate or discredit Oak's research is to open the sealed rooms of the Taj Mahal, and allow international experts to investigate.