Kolkata, Jan 19 (IBNS): The Indian government on Tuesday said 216 Gorkha youths have been inducted in the Indian Army.

The Passing Out Parade of Recruit Batch No 170 was held at 58 Gorkha Training Centre recently.

"The parade symbolises the culmination of training and transformation of a person into a young soldier.  A total of 216 recruits of 5 Gorkha Rifles and 8 Gorkha Rifles took oath of affirmation in the solemn and impressive ceremony," read a government statement.

The parade was reviewed by Brigadier RS Thakur, Commandant 58 Gorkha Training Centre and trophies – Manekshaw Trophy and Gen Dutta Trophy - were awarded to the young soldiers who performed exceedingly well in various disciplines of their military training.
The parents of young soldiers were also honoured with the ‘Gaurav Padak’ in recognition of  their contribution to the Nation.

"These soldiers are then posted to operational units in active field areas to safeguard our frontiers. 39 Gorkha Training Centre apart from training Gorkha soldiers, also imparts anti-naxal training to the state police," a defence spokesperson said.

The parade was witnessed by a large number of civil and service dignitaries apart from parents of the recruits, school children and aspiring NCC Cadets, the spokesperson said.

After the oath ceremony he paid tribute at the war memorial and signed on the visitor's book. The programme was attended by all the officers, JCO of 39 GTC, civilians, school children and NCC cadets.

As many as eight rifleman were awarded on the occasion for their outstanding performance during military training.

2:38 AM
•
indian army
A fresh batch R-207 of 225 recruits of 39 GTC, took oath during an impressive attestation and passing out parade on 17 Jan 2015 at 39 Gorkha Training Centre, Varanasi.  The Gorkha recruits were given their traditional weapon as per Nepali culture. Maj Ranjit HS, Officiating Training Battalion Commander took first salute of the attestation parade, while the second salute was taken by Col Amrit Pal Singh, Dy Comdt 39 GTC. 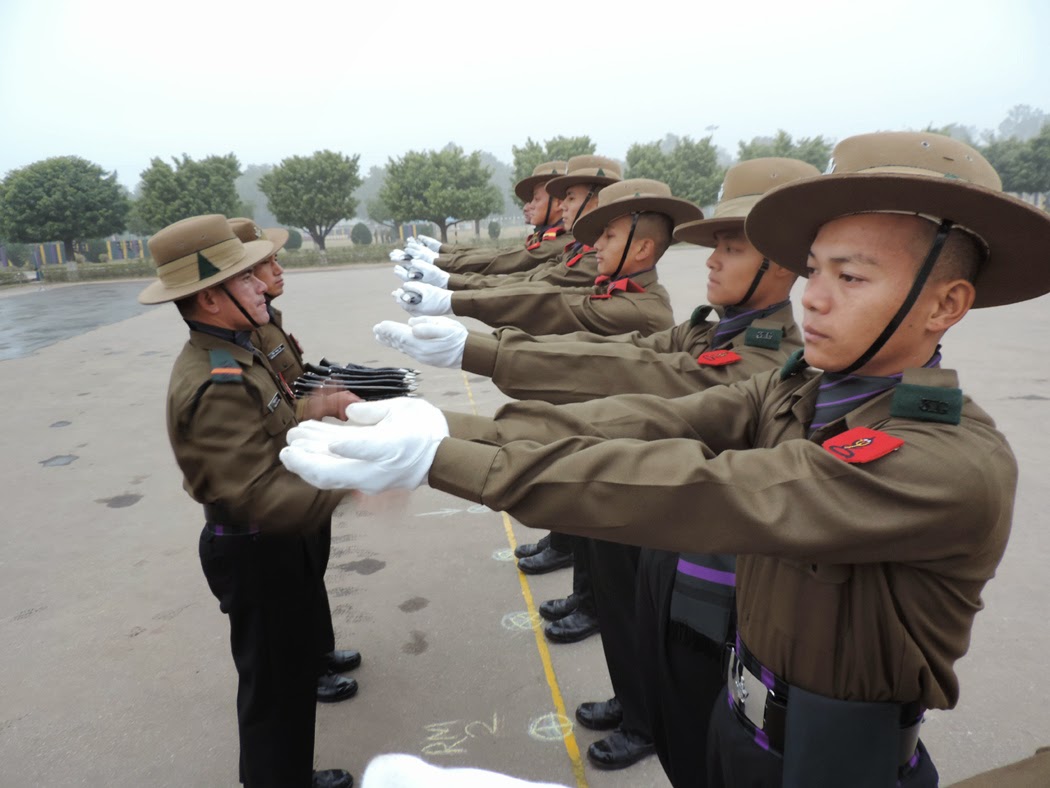 The Chief Guest of this parade was Brig K Birendra Singh, Commandant, 39 Gorkha Training Centre reviewed the parade after taking salute and praise for the magnificent parade. In his address he emphasised on discipline, physical fitness, Goal and educational progress in life. After the oath ceremony the chief guest paid the tribute on war memorial and signed in visitor book. On this occasion all Offrs, JCOs of 39 GTC, large number of civil and service dignitaries, school children and NCC cadets were present. The parade was commanded by Recruit Upen Kshetri. 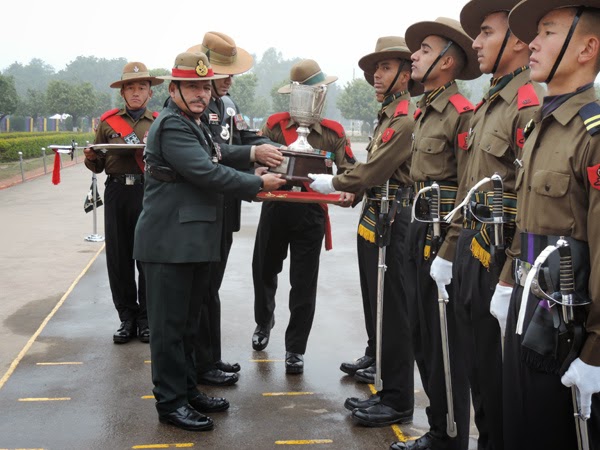