West Bengal will shelter those not on Assam NRC: Mamata Banerjee

8:33 AM
•
Politics
West Bengal Chief Minister Mamata Banerjee said that her state is ready to provide shelter to people not recognised as citizens in Assam's National Register of Citizens, the final draft of which was published today.
"We cannot push them back. We believe in humanity," Mamata said at a press conference in Kolkata soon after Assam NRC's final draft was released by central and state government officials.
The final draft has recognised 2,89,83,677 people as citizens of India, leaving out more than 40 lakh applicants. State and central government officials have repeatedly said that those left out of the final draft will have the opportunity to appeal and present objections. 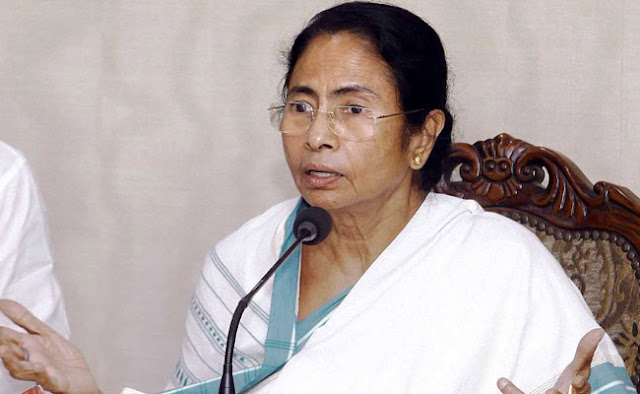 Mamata Banerjee, however, attacked the final draft of the Assam NRC for excluding "people from north Bengal". "These people [the 40 lakh people excluded from the final draft] have been living in Assam for a long time... Just because of electoral politics unnecessary provocation is being created," Mamata said.
"This is clearly an attempt to push back Bengalis... where will these people go... what if Bangladesh doesn't take them?" Mamata questioned at her press conference.
"In one strike so many have been turned, refugees... I appeal to the home minister not to isolate them... Don't play with fire when it's about humanity, Its a plan to throw out Bengali speaking people and Biharis. Consequences will be felt in our state also" Mamata went on to say.
The final draft of the Assam NRC was released today amid tight security in the state. The register can be accessed at www.nrcassam.nic.in.
Those whose names are missing from the final draft will be able to file objections between August 30 and September 28, 2018.
Once the final NRC is published, those whose names aren't on the list will not be deemed as Indian citizens. They will then have to approach the foreigners tribunals to fight for their citizenship.
The NRC is being compiled under the orders of the Supreme Court in order to identify illegal foreigners living in Assam.