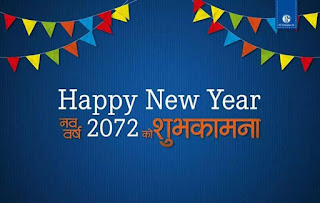 Around 4000 people from across the State and delegates from Kathmandu, Sikkim, Assam and Arunachal Pradesh attended the New Year celebration at Shantipur, Kanglatongbi.

The Gorkha community in the State celebrates the Nav Barsha by dutifully performing the customs and traditions.

MLA Kh Debendro witnessed the Gorkha antique items put on display during the introductory function of the New Year celebration and hoisted the Nav Barsha flag after planting a tree as a mark of the beginning of New Year.

A minute condolence was also observed to pay tribute to the departed Gorkha leaders while aged persons from the community were also presented gifts to mark the occasion apart from presentation to the dignitaries.

Speaking at the occasion, the local MLA said that culture is an important right which every community need to preserve while adding that without culture development of a society is not possible.

The MLA appreciated the Gorkha community for maintaining and preserving their culture and tradition while keeping in mind the value and significance of it.

The MLA also assured that he will always keep open a big door for the Gorkha community of the State in time of their need and development.

While motivating the Gorkha community to tirelessly work for the development of Manipur, Shiva Kumar Basnet, Pradhan, Kanglatongbi Gram Panchayat said that all are born here and brought up on the soil of Manipur and all will die here too.

"So, it is our duty to wholeheartedly work for the development of the State," he added.

According to the organizing committee, literary meet was also organized during the two days event with resource persons from various States including Matrika Pokhrel, Bibas Pokhrel, LB Chhetry and Krishna Parsain from Kathmandu in attendance.