11:09 AM
•
Trinamool Congress
In yet another show of solidarity with the Trinmool, the recently formed STGVM which was formed by dissidents from GJM has extended their support to TMC.
Attending the TMC rally in Siliguri, the STGVM delegation led by Mr. Sanam Giri, Samvhu Rai, Uttam Gurung and Ram Chettri yesterday said that "we have placed our demands to the Chief Minister and she has assured us of considering those demands, she has also assured us that she will develop all the Development Boards so we are extending our support to Trinmool and we will vote for TMC."
It might be recalled that Mamata formed a Terai-Dooars Gorkha Development Board on March 17th, 2016 and has allocated Rs 5 Crore to them.

9:38 AM
•
Siliguri Gorkha Manch (SGM)
On 23rd Nepali Bhasha Diwas SGM held a meeting just to celebrate the auspicious occasion and the meeting was chaired by Smt Sudha Passi.
The General Secretary Shri Suren Pradhan welcomed the members and wished them a very happy Bhasha Diwas and placed the agenda which was already passed to them. After a hot discussion the following resolutions were unanimously adopted.

1. From today onwards SGM will make all correspondence in Nepali language, no use of other language.

2. All text books of Nepali medium schools have numerous spelling mistakes and delay in supply for this reason SGM shall write to the concerned authority and will ensure that no spelling mistake in text books and timely supply of books

. 3. Once Nepali language has been recognized by the Indian constitution it should be adopted as official language not only in three hill sub divisions of Darjeeling but in SiliguriTerai and that all forms be printed in Nepali - eg voter card, ration cards, Aadhar card and all other forms should also be printed in Nepali Language too.

SGM has stated that they will start correspondence immediately with the concerned authority for implementation of the above.

SGM saluted the agitators who were directly or indirectly involved in the Bhasha andolan. SGM will immediately submit a memorandum to D.M Darjeeling and all concerned authority very soon.

12:12 PM
•
social
The recently constituted Siliguri Gorkha Manch, which says its vision is to work for the welfare of the Gorkha community living in Siliguri and the Terai region, on Friday conducted its first executive committee meeting where members discussed the organisation’s agenda going forward.
The meeting was held at the SGM’s Shahid Nagar office and was chaired by its president Sudha Passi and executed by secretary Suren Pradhan.

A two-minute silence was observed in tribute of former Indian president APJ Abdul Kalam. Pradhan said only interested persons will be given membership and nobody will be forced or persuaded to join the SGM. He said the admission fee has been kept at Rs100 and Rs30 will be charged as the monthly membership fee.

Anyone wishing to pay the entire year’s amount at one time will get a month’s rebate, said Pradhan.

The SGM office at Shahid Nagar will be shifted to a new place in the same vicinity, he added.

9:19 AM
•
social
SGM (Siliguri Gorkha Manch) held an interactive meeting at Himali Sahid Nagar yesterday and the meeting was presided over by Shri Bhim Yonjan, a renowned social worker.
Distinguished persons of Sahid Nagar, Bhanu Nagar,Prakash Nagar and Gandhi nagar were present in the meeting.

SGM General Secretary Suren Pradhan addressed the gathering and told that "SGM is a non-political organization having equal distance among all political party and under no circumstances it comes under influence of any political party."

Smt. Sudha Passi, SGM President told the gathering that "we must be united and join hands for improvement of our community and alround development of Siliguri, as well."

Shri Dilip Tiwari told that vision of SGM is very good and we must join hands to make it strong.
Shri S K Lama, Smt Shanti Lama and Smt Radhika Sinha also addressed and told to make SGM strong and must keep it away from politics.

Shri Bhim Yonzon informed that, "Bhanu Jayanti was celebrated at a large scale in Darjeeling, Siliguri, Dooars and Sikkim but no news was there in leading English dailies which hurt our sentiments, secondly this year Dinabandhu Manch was only allowed to be used from 12 noon to 3 P.M and not pernitted to run the program till evening."

He stated that these two issues must be highlighted by SGM and it should reach Govt through SGM.
At last Suren Pradhan informed that a meeting will be held on 26 Jul 2015 at 10 P.M at Mangal Maity Bhawan, on that day ad hoc committee will be dissolved and a new and permanant body will be formed on that date, all are cordially invited.

Today at 10 A.M there is a meeting of all convenors at Gorkha Kalyan Sangathan Salugara so please do come and attend the meeting.

11:06 AM
•
social
Siliguri Gorkha Manch Draft Constitution Discussed - Permanent Executive Body to Be Elected on July 26th of July, 2015.
SGM held an internal meeting of Ad hoc committee at its office Sahid Nagar yesterday, which was presided over by Smt Sudha Passi.

General secretary Suren Pradhan welcomed the members and after a 2 minutes silence in honour of Mr. Amar Rai one of the SGM founding members who had recently died, those present discussed and finalised the constitution drafted by Capt S D Tamang and it was unanimously accepted.

The ad hoc committee which has been running SGM will hold a meeting with its advisory body on 18th of Jul 2015 at 5 P.M.

An interactive meeting of SGM will be held at Sahid Nagar on 19 Jul 2015 at 5 P.M with the people of Siliguri Municipal Corporation Area, all are requested to join.

A meeting of all convenors selected from various places will be held at Gorkha Kalyan Sangathan Office Salugara on 20 Jul 2015 at 10 A.M.

10:49 PM
•
Siliguri Gorkha Manch (SGM)
A delegation of Siliguri Gorkha Manch, today met the G.P Pradhan, Bagrakot, S.D.O Malbazar and submitted petitions for Pacca Road and Primary School for Totgaon which has been grossly neglected by the administration. At this age of internet, poor village people of Totgaon are deprived of basic needs eg road, drinking water, school etc.
The village people submitted a mass petition to this organization to peruse separate case for Pacca road and a primary school for the village. A delegation of this manch led by General secretary Suren Pradhan had visited the village and found the condition of village people to be very deplorable as there is no Pacca road, drinking water, primary school etc. Basing on the mass petition received from the villagers action was taken.

The G.P Pradhan, Bagrakot Ms Suchitra Minj was very supportive and assured of positive and prompt actions. SGM members couldn't meet the B.D.O Mrs Sangey Pema Bhutia as she was out on duty however SGM handed over letter to her receipt section.

SGM met Mr Jyotirmoy Tanti, S.D.O Malbazar who gave assurance of positive and prompt action. ADM (General) and D.M Jalpaiguri were also out on official duty however letters have been handed over to their C.As and receipt received for the same.

Secondly ADM LR was approached for Removal of mobile tower from Kholachand Fapri and the ADM LR has directed B.D.O, B.L. & B.L.R.O Rajganj Jalpaiguri for an enquiry so today a letter was handed over to him, requesting him to intimate present position of the case.

The Siliguri Gorkha Manch is doing an incredible job of connecting communities in Terai and Dooars region. Through their efforts, they are not only helping the Gorkhas, but also all the people from other communities as well.
Continuing with their efforts at taking medical help to each and every village in the Terai region, SGM successfully organized a Free Medical and Blood Donation Camp at Kholachand Fapri in collaboration with Hariyali Club of Kholanch Fapri.

A total of 43 units of blood was donated out of which 26 ladies have voluntarily donated blood which is a good sign for the village, though this was first such blood donation camp organized at the village.

The camp was a grand successful.

Addressing the gathered people, General Secretary of SGM Mr. Suren Pradhan informed the people that the Manch is an apolitical organization and helps the people in social causes.

He said, “We help the people in Siliguri who are having problems in treatment, college/University admission etc. We also help the people in preparing ration card, voter card, and Aadhar cards.”
He reminded the locals that, “In case our people face any problem in preparation of the basic documents in Siliguri they may contact us.”

He told the people that, “in a very short span of time we have helped the poor people more than 40 in getting free operation through such camps and we have provided blood approximately 25 units to the needy within these two months and we have been monitoring patients under treatment.”

Speaking at the occasion Vice-president Mr. Sunil Rai told the people that, “that we don't collect money from public so we have no tension of any corruption. So please come and join hands for the betterment of our society.”

SGM has informed that their next medical camp and blood donation camp on 12 Jul 2015 at Dhimal Chant under Phansidewa Block. 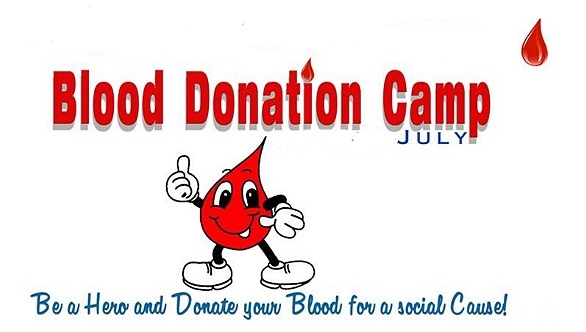 We are providing blood to the needy in Siliguri. Within 2 months SGM helped more than 40 poor people for free cataract operation through such medical camps. Interested persons are requested to please come forward and donate blood as your one unit of blood can save someone's precious life further blood donation is the most valuable social work so let's join hands. Next camp of SGM is at Dhimal Chant on 12 Jul 2015 where blood donation camp will also be organized. Any social organization interested in organizing free medical camp and blood donation camp may contact SGM for the same.

9:42 AM
•
social
The Siliguri Gorkha Manch is on a mission, to connect Gorkhalis living in Terai and Dooars region together and to assist them in their times of need.

This purely NON-POLITICAL Body, is a SOCIAL ORGANIZATION, which seeks to assist people and bring them together.

In their course of outreach, yesterday Siliguri Gorkha Manch held an interactive meeting at Oodlaabari which was presided over by Shri H B Chhetri.

General Secretary of Manch Shri Suren Pradhan addressed first and he informed the gathering that the Manch is a non-political organization and it Acts in social causes, and that it won't come under under any political pressure under any circumstances.

He fruther said that in Siliguri if any of our community members face problems then the Manch shall definitely help them... Even in the case of medical treatment, college or University admissions and such the Manch shall help the needy in legal and possible ways.

He informed that, anyone facing problem in Siliguri may contact us any time from any where but his/her case must be genuine, and deserving of the time and efforts on the part of the Manch members

Awareness programme by SGM in Fapri

8:30 AM
•
social
Siliguri Gorkha Manch (SGM), being a social organization, is also committed to serve society selflessly at its best possible way. The representatives of SGM have been reaching remote areas, where Gorkhas people are living and making them aware of their basic rights and facilities provided by the governments, through interactive sessions with the villagers at their own localities. SGM also encourage people and extend their support to voice their fundamental rights / schemes provided by the government.
Such interactive session with the locals was organized by SGM at Kholachand Fapri under Dabgram 1 Gram Panchayat on Tuesday. Meanwhile, a free Medical Camp and blood donation and Grouping Camp will be held in Singi Jhora, organize by SGM on June 27. Representatives of SGM, Mr. Suren Pradhan, Sunil Rai, Hari Prasad Sharma, Bhanu Prakash Marmik, Smt Sunita Bhutia and Smt Hari Maya Sharma were present and addressed during the programme held in Kholachand Fapri.
We appreciate the commendable social works done by Siliguri Gorkha Manch.