No helmet, no petrol on Siliguri roads

11:07 AM
•
Siliguri Police
Siliguri, July 10: Siliguri police today introduced a "No Helmet No Petrol" policy to check errant two-wheeler riders, two days after a similar campaign took off in Calcutta.

The Siliguri metropolitan police has also announced a ban on parking of two-wheelers in paid parking slots for riders without the protective headgears.

C.S. Lepcha, the Siliguri police commissioner, told a news conference here today: "The chief minister has launched a state-wide safe driving campaign in Calcutta to reduce the number of road accidents. An order has reached us from the state government, asking us to launch awareness drives and implement certain decisions taken by the government. From this afternoon, we are enforcing the "No Helmet No Petrol" initiative in Siliguri. Under the initiative, none of the 36 oil pumps in the Siliguri metropolitan police area will sell fuel to any biker not wearing a helmet."

She added: "Our officers have been asked to be on alert. They will intercept bikers who are not wearing helmets on roads and impose fines on them. There will be surprise checks on petrol pumps to see whether they are selling oil to bikers without helmets. If any pump is found to be flouting the order, we will take legal steps against the pump owners and others concerned."

Police sources said pump owners would be booked under Section 188 of the IPC (disobedience to order duly promulgated by public servant). "Anybody booked under this section might get a two-year jail term along with fine," said Shyam Singh, the deputy commissioner (traffic).

The commissioner said if a biker was not wearing helmet, his two-wheeler wouldn't be allowed to be parked in any paid parking zone.

"In this regard, necessary instructions will be passed on to all those who run fee parking zones across the town. Police will also be vigilant and take steps against rash drivers, both in case of two-wheelers and cars," Lepcha said.

Shyamal Pal Chowdhury, the president of the North Bengal Petrol Dealers' Association, said: "We came to know about the new directive during a meeting we had with police officers yesterday. We we come the decision and circulated the directive among our members, saying no pump should sell fuel to any biker who is not wearing a helmet."

After taking over from her predecessor, Manoj Verma, the 1999 IPS batch cadre said, "My aim is to develop the relationship between the police and the public and put more emphasis on law and order in Siliguri."

Lepcha was in first posted in Darjeeling as additional superintendent of police before being transferred to Siliguri as DSP. She was then made Special SP IB, Siliguri following which she became DIG of Jalpaiguri range and Malda range before coming back to Siliguri as the police commissioner.
Manoj Verma, who has been give charge as Special IG, West Bengal traffic, said, "My tenure as police commissioner of Siliguri was a good experience. I love the people of Siliguri as they have supported me in maintaining law and order."

7:54 PM
•
West Bengal
In a most shocking incident West Bengal Police in Siliguri fined Rs 1000/- for the vehicle that was supposed to carry BSF Jawan, Saheed Dinesh Giri, who was martyred while fighting against terrorists in Kashmir for overload. 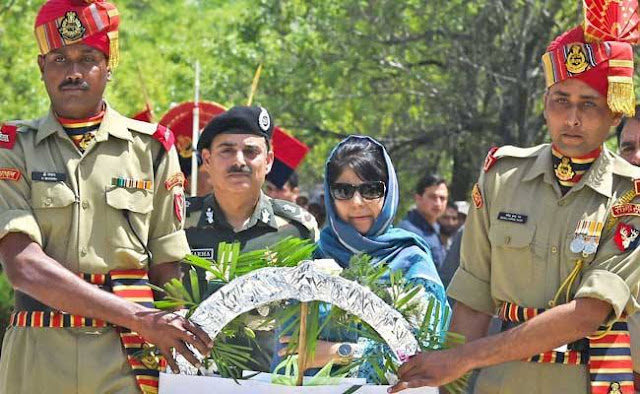