10:47 AM
•
Siliguri district
Siliguri, June 22: Members of the Brihattar Siliguri Nagarik Mancha have said they would request Mamata Banerjee to form a separate Siliguri district when she visits north Bengal later this month.

President of the apolitical forum Sunil Sarkar said: "We will meet the chief minister who is expected to visit north Bengal on June 27 and request her to declare Siliguri as a separate district. Residents of the town and its surrounding areas are facing inconveniences as they need to travel either to Darjeeling or Jalpaiguri for administrative work."

At a news conference today, Sarkar said: "As the state is all set to give a district status to Kalimpong, which has a population of merely 3 lakh, we urge the new government to consider our demand in the interests of about 15 lakh people."

Members of the forum said those living in Siliguri subdivision had to travel over 80km to reach the district headquarters in Darjeeling.
"People living in the 14 wards of Siliguri civic body and the adjoining panchayats in Jalpaiguri district have to commute for around 50km to Jalpaiguri to get administrative work done," Sarkar said.

He said the forum wanted Siliguri subdivision, which has three Assembly seats, and the two adjoining Assembly segments of Jalpaiguri district, to be declared as a separate district with Siliguri as the administrative headquarters.

The areas Sarkar was referring to are Siliguri, Matigara-Naxalbari and Phansidewa in Siliguri subdivision and Dabgram-Fulbari and Rajganj in Jalpaiguri district.

"We would urge the MLAs of these constituencies to raise their voices in support of our demand," a Mancha representative said.

Siliguri, March 4: The Trinamul Congress today announced former footballer Bhaichung Bhutia as its candidate in Siliguri Assembly seat, where the Left Front will field mayor Asok Bhattacharya in all likelihood.

The mayor said dropping the Siliguri sitting MLA, Rudranath Bhattacharya, from the list of candidates proved that Trinamul couldn't bank on the latter as his name had cropped up in the SJDA scam.

"It does not matter to us who the rival candidates are as we consider all of them as our rivals in elections. But the manner in which the sitting MLA has been replaced by a new candidate in Siliguri seat indicates that Trinamul cannot bank on Rudranath Bhattacharya, whose name was linked to the SJDA scam. Our allegation that he was involved in the scam has been virtually proved by Trinamul's decision," said the CPM leader.

Rudranath Bhattacharya was the chairman of the Siliguri Jalpaiguri Development Authority when around Rs 150 crore had been paid to private firms even before projects assigned to them were completed.

The decision to nominate Bhaichung to the Siliguri seat comprising 33 wards of the SMC has not gone down well with Darjeeling district Trinamul leaders.

"Bhaichung has a huge acceptance among people as a footballer. That is why he has been chosen to contest against Asok Bhattacharya, who is a heavy weight. But the decision would surely dampen the spirit of leaders and workers who are with the party throughout the year. Bhaichung is an occasional visitor and not a regular party worker. Rivals will seize on this aspect. The presence of Bhaichung in Siliguri vis-à-vis that of Bhattacharya is minimal and it would make our task tough," said a Trinamul leader who didn't want to be named.

In the 2014 Lok Sabha polls, Bhaichung had been fielded by Trinamul in Darjeeling and he was defeated by S.S. Ahluwalia of the BJP by 1,97,239 votes.

Observers have said the mayor has an edge over the footballer, especially when the Left Front and the Congress are inching closer to an electoral understanding.

Trinamul insiders said intense lobbying had led to the candidature of the footballer in Siliguri. "It was the same reason that saw Rudranath Bhattacharya being fielded in Siliguri in the 2011 Assembly polls," said a party insider.

All district presidents of the party in north Bengal, except Ranjan Sarkar, who heads the organisation in Darjeeling, were fielded.

Asked if Bhaichung's candidature made the contest easier for the CPM in Siliguri, Jibesh Sarkar, the Darjeeling district Left Front convener, said: "We cannot say whether the contest has become easier or not for us. We would like to say that he is a good player at the football ground. But in the political arena, he is not none to be reckoned with. We are confident of securing the Siliguri seat." 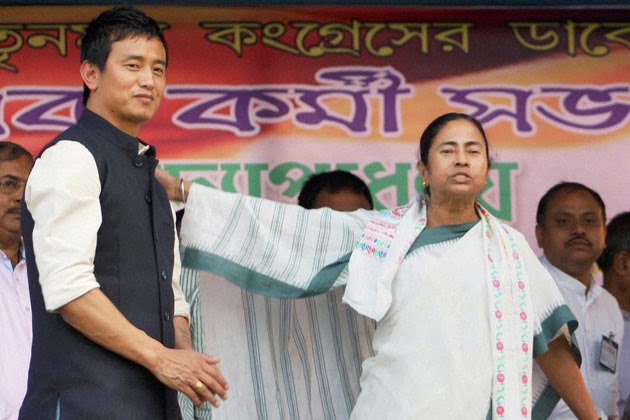 The Brihattar Siliguri Nagarik Mancha said in the memorandum that it had been seeking the separate district since 2011.

"The entire Siliguri subdivision and Bhaktinagar police station area should be included in the proposed district. The state's decision to form a separate Kalimpong district is a welcome step. We believe the state government has taken the decision to provide better administration and judiciary to the people. If this is the case, then Siliguri also needs to be developed as a separate district," said Ratan Banik, the secretary of the Mancha. 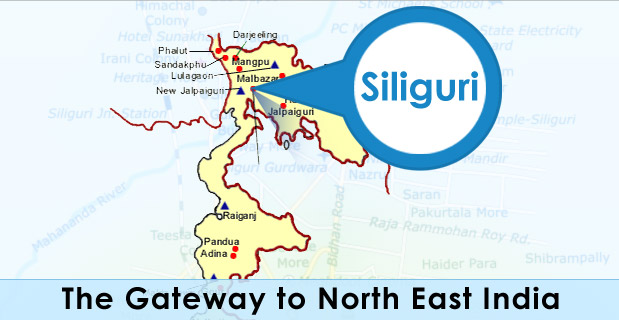 "Kalimpong is 52km from Darjeeling, which is the district headquarters. Siliguri is 80km from Darjeeling and Jalpaiguri is 50km from Bhaktinagar. So, we hope the state government will consider our demand," he added.