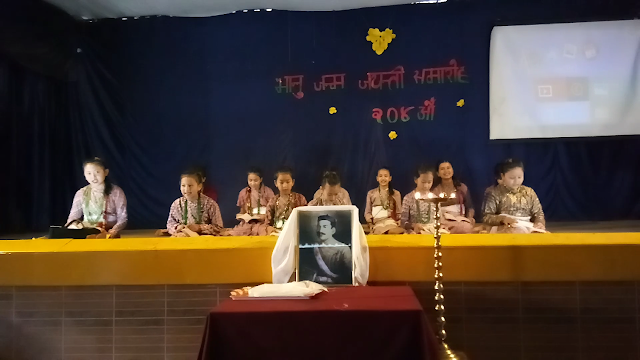 10:27 PM
•
Sukhiapokhari
Pokhriabong Darjeeling 2nd June 2016: A building collapsed in West Bengal's Darjeeling district in the wee hours of Thursday killing one person and severely injuring six others, police said. One person has been arrested in connection with the incident.

An old four-storeyed building, owned by Lakpa Nupu Sherpa in Pokhriabong Bazar at Darjeeling, collapsed at 4.30 am on Thursday allegedly due to "negligent construction" of a new building adjacent to it.

"Seven labourers were asleep in the building and six of them received severe injuries while one labourer, aged 30, died on the spot," a police official of Sukhiapokhari police station said.

Following a complaint by Sushita Pradhan, a resident of Pokhriabong Bazar, a police case was registered against the owner Lakpa Nupu Sherpa.

"The accused named in the FIR has been arrested. The body of the deceased has been sent to hospital for postmortem examination. The situation in the area is peaceful," a police officer said.

GTA chief executive Bimal Gurung today unveiled the statue of Kaman Singh Ramudamu, the first hill leader to speak out against GNLF chief Subash Ghisingh's Sixth Schedule demand in 2006.
As the president of the All India Nepali Schedule Caste Association, Ramudamu had led a rally of hundreds of his supporters at Sukhiapokhri, 28km from Darjeeling, on March 19, 2006, to oppose Ghisingh's decision to accept the Sixth Schedule status.

Ramudamu opposed the status, as there was no provision for reservation for the SC community in the new administrative arrangement mooted for the hills.

"He was lion-hearted and it needed courage to come out in the open then. He was an old man, otherwise, he would have gone missing as such was the political atmosphere then," Gurung said after unveiling the statue in front of the Raj Bhawan on the Mall Road here.

Today was Ramudamu's 86th birth anniversary. The statue was erected by the SC association.

Ramudamu, who died on July 17, 2008, was a retired divisional account officer of the Indian Railways.

He had also translated a section of the Indian Constitution pertaining to the rights and privileges of the scheduled caste community from English into Nepali.

According to the memorandum of settlement signed by the Centre, state and the GNLF in 2005, a new administrative arrangement was to be put in place in the hills under the Sixth Schedule of the Constitution.

Ramudamu took on Ghisingh as not a single seat was reserved for the SC community. "When the STs can get 10 seats, I see no reason why the SCs cannot get three," Ramudamu had said.

He was rooting for three seats as the SC community formed around nine per cent of the hill population.

Gurung was with Ghisingh's GNLF when Ramudamu came out in the open against the then undisputed hill leader. Interestingly, when Gurung formed the Morcha later, he made Ramudamu the vice-president of the outfit.

Gurung today said: "When I first approached Kaman Singh Ramudamu (to join the Morcha), he had refused stating that he was basically a social worker working for the uplift of his community and it would not be right for him to be involved with a political party. He, however, changed his mind and decided to join the party to espouse the statehood cause."

Ramudamu had presided over the meeting where the Morcha was formed on October 7, 2007. Gurung and Ramudamu together unfurled the Morcha flag.

"I have come across many people. Ramudamu was one who was not interested in political benefits but was only concerned about the welfare of his community and the people of the region," Gurung said today.

Sonada and Sukhia Pokhari in Darjeeling Hills should have declared municipalities

It, however, excluded four areas--Jaigaon, Atharokhai, Birpara and Karimpur. Rapid urbanization has taken place in Jaigoan and Atharokhai in the past few years, while commercial activities have gone up in Jaigaon.”

“There are several important educational institutions–North Bengal Medical College and Hospital, North Bengal University, BEd colleges and at least seven high schools in Atharokhai (near Siliguri). It is beyond our understanding why these places were not included in the list,” Mr Bhattacharya told a Press meet here today.

"The government should have declared Sonada and Sukhia Pokhari in Darjeeling Hills as municipalities. The Gorkhaland Territorial Administration should have recommended this to the state government," he said.

Mr Bhattacharya added that the state government has failed to prepare a policy on urban development.

"It seems that the state government announced the municipalities in all those places to gain political mileage. It left out those areas where it thought gaining such political mileage was difficult.

Three years since the TMC government in the state, it still does not have any vision," he added.
Talking about the withdrawal of a proposal to grant tribal status to 10 communities in Darjeeling Hills, Mr Bhattacharya said it was the “state government's move for political interests.”

"It (proposal) was a political stunt ahead of the Lok Sabha polls. The government did it for politics of vote bank," he said.

The sporting event was organised with an aim to build better ties between the three administrative forces besides encouraging sports among locals. Sukhay PS OC D Gajmer, SSB Simana SI Srikant Nayak and CRPF SI Asharam were present as special guests during the tournament where a huge crowd had gathered to enjoy the proceedings.