11:07 AM
•
Taekwondo
Gorkhas Daughter Sushila Sonar from Northeast India Arunachal Pradesh, who is a 4th Dan Black Belt, represented India in the above 76 kg category and has won Gold and Bronze medal in  2nd International Taekwondo championship 2016 which was held in Bhutan. Sushila Sonar won one gold and one bronze medal in Kyorugi in senior girls above 76 kg category and in Poomsae in U-39 year category. 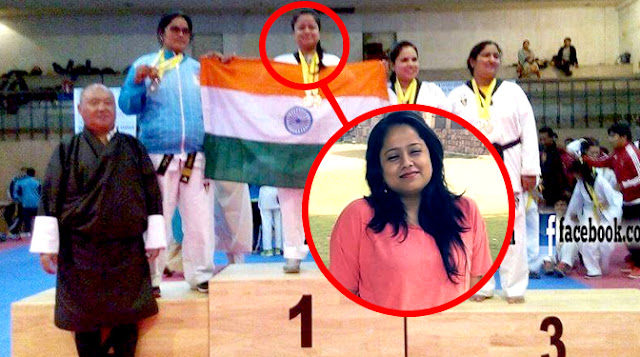 You make our Indian Gorkha community, Northeast and country as a whole very proud!!! 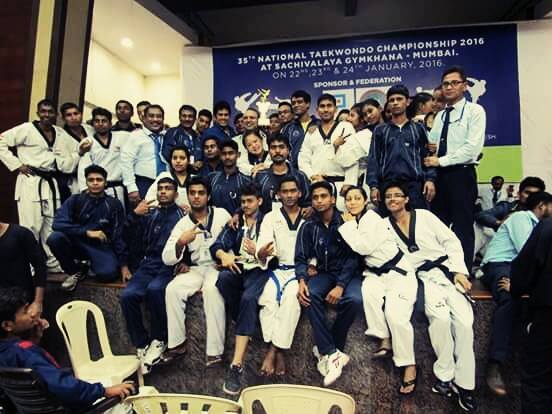 Subba received the award from the hands of Sports minister Arup Biswas during a function held at Netaji Indoor Stadium, Kolkata today. Chief Minister Mamata Banerjee was also present at the function.

When contacted on phone, Subba said he was happy to become the first taekwondo
player in three years to receivethe award.

No taekwondo player was chosen for the award in 2013 and 2014, while this year four names were forwarded for recommendation for award by Bengal Taekwondo Association from which I was selected, added Subba.
“We were honoured to felicitate outstanding sports personalities for their valuable contribution in respective fields and conferred on them awards in humble recognition of their great achievements. We are proud of all of them,” wrote the West Bengal ChiefMinister on her official Facebook page.

Forty-eight year old Trilok Subba has to his credential 12 international, nine nationals and seven North East games gold medals in Taekwondo, a feat that can challenge any other sporting achievements in the country, yet the man from Kalimpong remains as just another face in the crowd.
Subba is back after winning three gold medals- 2 in the 9th World Taekwondo Cultural Expo Competition on July 11 at Muju Province and 1 in the Jeonju Korea Open International Taekwondo Championship on July 18 at Jeonju Province both in South Korea, but for him it is a matter of only of adding another feather in the cap which has missed the eyes of the nation.

However, the man from 12 ½ Mile, Sindey Pong Busty in Kalimpong sub-division is not fretting about the apathy being shown towards his achievements, both by the state government and the Gorkhaland Territorial Administration (GTA), that governs the Darjeeling Hills.

“I have grown used to this type of disregard now. However, my fear is that young aspiring talents may feel demoralized to take this or any other sports,” said Subba, today in a felicitation program organized by members of the Darjeeling Taekwondo Association (DTA) in Darjeeling.

Subba who is a black belt 7th Dan and is also an international Taekwondo referee managed to bag the gold medals in the South Korea Taekwondo championship where more than 2000 people participated from over 31 countries, without a coach or proper training facilities. “I have converted the upper floor of my house into a practice room. However, I do not have the deep foam mattress that is a prerequisite for Taekwondo. While, participants from other countries were there in South Korea nearly a month ago in training camps but I could not do that because of the cost factor,” he said.
Subba had to pool in Rs.2.50 lakh for his stay from July 9 to 27. He could not afford the Rs.60000 as fee for the month long training in South Korea. And back home the Rs.1.30 to Rs.1.50 lakh for the deep foam mat is unaffordable, forcing him to practice in ordinary ones used domestically and even in cement floor.

That however has not deterred Subba from continuing with the sport that he took up when he was 15 years’ old. “I joined a Taekwondo club first in 1981 as I was impressed by the discipline of the sports. Initially, I participated in state level and national events but success eluded me. However, I did not give up hope and carried on putting in hours of work,” Subba said.

Last year Subba wrote to the GTA for support but failed to get any positive feedbacks. “I had written to the sports and youth affairs department of the GTA to help us but have not got any response yet. But let’s see I will approach the local governing body of the Hills,” he said, on Sunday.
GTA executive member Colonel Ramesh Allay (Retd) in-charge of the sports and youth affairs department when contacted said, “We are aware of the laurels he has brought not only to the country but also to Darjeeling. We will write to the state government and the Centre to extend financial support to him, besides, the GTA will do whatever is needed in the future. In fact, we have decided to honour and felicitate Subba during the Independence Day celebration programme in Kalimpong”.

The martial artiste from Kalimpong has many feathers in his cap, both as a player and as a coach. He has won five gold medals, two silver and two bronze medals in international meets. In national meets, he has won six gold, seven silver and two bronze medals. Subba conducts coaching classes in Sikkim and Kalimpong. Samten Kabo, a black belt in martial arts and an ex-footballer, said what was impressive about Subba is his passion for taekwondo.

Sulochana Subba, who hails from the remote corner of Sikkim in West District, won a gold medal at a top Taekwondo Tournament held at Kokrajhar in Assam, according to media reports.

Sulochana defeated formidable opponents from of Nepal, Darjeeling, Kalimpong, Siliguri, Guwahati and Pune to win the medal. She lives in remote area in Uttarey in West Sikkim and has made the state proud. Sikkim already boasts of many champion Taekwondo athletes who have represented the state and the nation at top events nationally and internationally. The new champion is a welcome addition to the list.